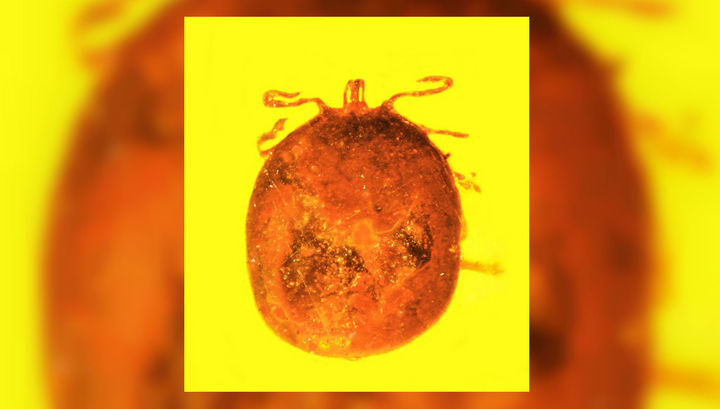 Usually, when a person thinks about prehistoric objects stuck in amber, insects come to mind immediately. For example, not so long ago an ancient insect with an “alien” shape of the head was found. Meanwhile, researchers from the University of Oregon made a very unusual discovery: they found a piece of amber in the Dominican Republic, in which red blood cells (erythrocytes) of ancient mammals, most likely monkeys, were preserved. The discovery was the first time that mammalian blood samples were found in amber.

Moreover, inside the golden “trap” was also found a blood-filled tick. The age of amber is from 20 to 30 million years, experts believe.

Two small holes on the back of the tick indicate that it was probably quickly removed from the animal during feeding. All this reminds quite typical behavior of monkeys (cleansing each other from ticks) that lived in this region at that time.

After the tick was caught “at the crime scene,” it was successfully (not for him, of course) thrown into the resin of the trees, which later turned into amber. And it was in this resin that the drops of blood seeped out of the two “combat” wounds. And for many, many years, amber has preserved the erythrocytes of mammals in an almost perfect state. At least, this is the picture imagined by scientists.

According to experts, it is not known for certain that the blood belonged to monkeys, but this is the most logical statement. It is obvious that the mite fed on the blood of those animals that lived near the trees (since he himself then fell into the resin), so that the choice of the “master” of blood fell on the monkeys.

By the way, in addition to blood and an unfortunate tick, in amber there is also one more guests – parasites that infect blood cells. They belonged to the family Babesiidae.

“The fossilized blood cells infected by these parasites are simply amazing in their details, this is the only evidence of fossil pathogens such as babesia,” said lead author of the study, Professor of the University of Oregon, George Poinar Jr. (Jr.). 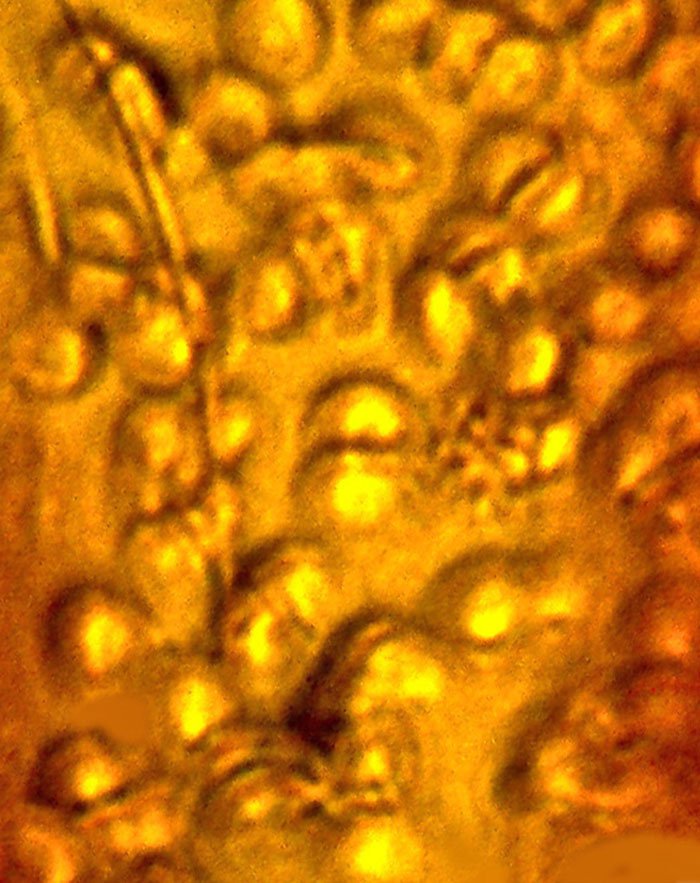 Members of this family still live on our planet today; They sometimes cause diseases in people, known as babesiosis. Researchers say that the find has become the oldest petrified remains of a parasite.

“The forms of life that we discovered in amber can reveal to us a lot of information about the history and evolution of the diseases that we are fighting today.This parasite, for example, lived millions of years before humans and apparently evolved along with the primates” , – says Poinar Jr..

By the way, the professor several years ago discovered the bacteria that cause Lyme disease, together with mites frozen in amber 15-20 million years ago. Then the find showed that the bacterium of Lyme disease was older than the human race.

The results of the study are published in the Journal of Medical Entomology.