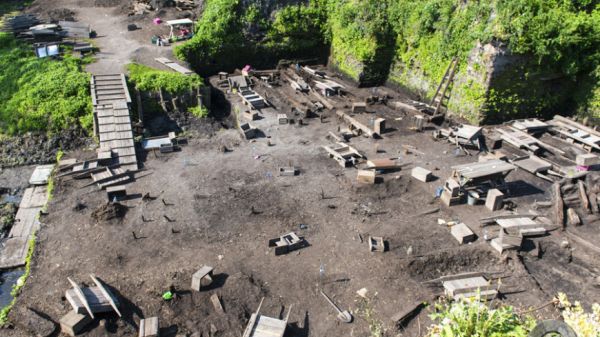 British archaeologists exploring the New Forest National Park in Hampshire have found traces of a 7,000-year-old human settlement. Flint tools and charred remains of hazelnuts have been preserved there, New Forest Knowledge reports.

Radiocarbon dating dates these artifacts to 5736-5643 BC. This is the Mesolithic or Middle Stone Age.

Further excavations revealed traces of a ring-shaped ditch, as well as four urns with cremated human bones. They turned out to be later and belonged to the Bronze Age (1500-100 BC).

Traces of the “ditch” were noticed back in 2012 thanks to aerial photography. Scientists have suggested that it once marked the boundaries of the ritual site in the open air. Local residents could gather there for religious ceremonies.

Studies have shown that the site was periodically updated and used for a long time (at least several generations). Obviously, it was not a simple burial place, but had a special significance.

“Archaeological evidence from the Mesolithic era is rare, but from time to time we find flint tools and evidence of temporary settlements. We know of several Mesolithic sites near the Beaulieu River, and it looks like there was one more at this place, ”said the members of the research team.