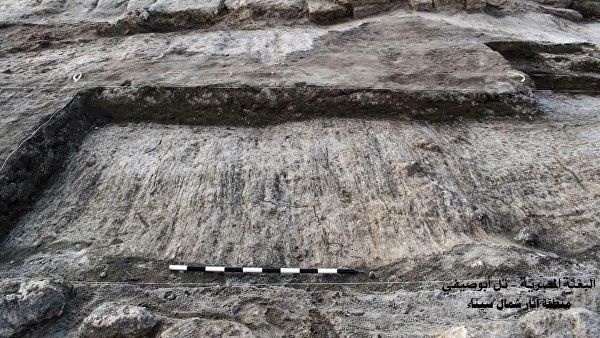 An Egyptian archaeological mission working in the Tell Abu Seifi area in the north of the Sinai Peninsula discovered the remains of a limestone complex that was a workshop in the Ptolemaic era (4th-1st century BC) and in the Roman period (30 BC-312). for the repair of boats and larger vessels, reported the Ministry of Antiquities of Egypt.

According to Mustafa Vaziri, head of the High Council for Monuments of Antiquity, the complex consists of several dry docks for the repair and construction of ships, two detached docks between which a rectangular building of unknown purpose was located, and the largest six-meter dock that bordered on an ancient lake and in which the ships entered for the subsequent repair.

According to the head of the Central Administration of the Administration of the Marine Archaeological Monuments of Nadia Hadar, the discovered complex lost most of the major limestone blocks in later eras. “After the lake dried up and the workshop stopped working, the local residents took away large blocks to use for other purposes,” the MENA news agency quotes the expert. She explained that a large amount of decomposed wood, bronze and iron nails of various shapes and sizes were also found at the excavation site. These materials were used for repair and construction. Found and numerous skeletons of river fish, local and imported ceramic products.