An ancient whale was found that still went to land 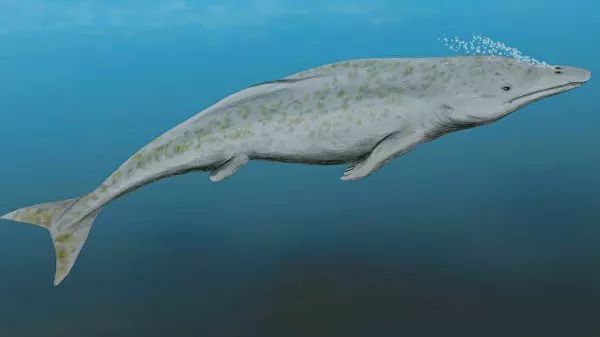 Paleontologists have discovered in Egypt the fossils of an ancient whale protocetid 35 million years old, which could live in water and on land. A detailed description of the find is given in the journal PLOS ONE.

In the middle of the Eocene – the geological era, which began 56 and ended 33.9 million years ago, there was a transition from terrestrial ancestors of whales to modern species living in the ocean.

For some time on Earth there were transitional species that have not yet lost limbs, allowing them to move on land, but have already swam well. One of these forms was protocetids – ancient amphibian whales, the remains of which are found in Africa, Asia and America.

In 2007, American paleontologists from the University of Michigan discovered the previously unknown and youngest protocetal species, Aegicetus gehennae. The fossilized bones of two individuals were found at Wadi Al-Khitan in the Western Desert of Egypt, or “Valley of the Whales”, which is a UNESCO World Heritage Site, famous for numerous finds of well-preserved skeletons of prehistoric whales.

The authors, with the assistance of Egyptian and Saudi colleagues, managed to restore two-thirds of the bones of one of the skeletons and on the basis of this describe the morphology and lifestyle features of the ancient animal.

The reconstructed skeleton, according to scientists, belonged to a male about 3.7 meters long and weighing almost 900 kilograms. According to research leader Philip Gingerich, Aegicetus swam well, making wave-like movements with his middle body and tail, similar to the way crocodiles swim today. In body shape, it was similar to other whales of that time, for example, to the basilosaurus.

Researchers suggest that the wavy style of swimming is a transitional stage between the method of swimming of the early amphibian whales, which were paddled from the membrane and modern whales that use mainly the tail for swimming.

Aegicetus is the latest protocetid detected, and scientists can now restore the entire evolution chain of Eocene whales.

“The earliest protoacetal whales, 47–41 million years ago, were paw swimmers. Later, whales started using their tail,” Professor Gingerich said in a university press release. “The recently discovered fossil whale Aegicetus was an intermediate in life time and in shape, since along with the paws it already had a larger and more powerful vertebral column ending with a tail. ”

Compared to early whales, Aegicetus has a longer body and tail, as well as significantly reduced hind limbs, which lacked a strong connection with the spine. All this suggests that he spent more time in water than on land.