An animal that can compete with humans 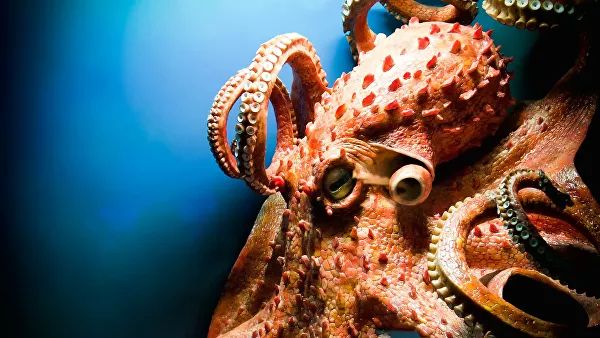 The brain of an octopus is comparable in complexity to a canine. In structure, it is fundamentally different from the brain of vertebrates, which, apparently, does not interfere with its effective use. These cephalopods are able to edit their own genome, adapting to the most adverse living conditions, and could well compete with humans in the future. Why they have every chance to turn into highly intelligent creatures – in the material of RIA Novosti.

Primates of the sea
In the late 1990s, Canadian scientists watched eight young octopuses Enteroctopus dofleini. Each was given four empty plastic jars filled with air – two black and two white. The jars did not sink, which was very interesting to the animals, which were either grabbed by their tentacles or discarded by a stream of water. Octopus’ attention was enough for half an hour, after which they lost interest in the jars.

Such behavior did not have any adaptive meaning, which means that scientists decided that the animals were just having fun. So cephalopods were the first invertebrates for which biologists recognized the ability to play. Prior to this, game behavior was observed only in mammals and birds.

Later it turned out that the desire to have fun does not depend on the sex and age of the octopus. Biologists put lego cubes into aquariums, and both males and females were equally keen on them.

Further more. Firstly, studies have shown that cephalopods have the beginnings of personality and they can distinguish between people. In the experiments of Canadian scientists, animals reacted differently to each of the two volunteers – they changed the color and direction of the tentacles. Secondly, underwater “intellectuals” were able to solve complex non-standard problems that neither themselves nor their ancestors met.

Thirdly, some species – for example, large Pacific striped octopuses – are characterized by rather complex social and mating behavior. They live in groups of forty individuals and hunt together. In addition, during the breeding season, the male and the female can not part for several days, share food and even “kiss” – touch their beaks and suckers on the tentacles. 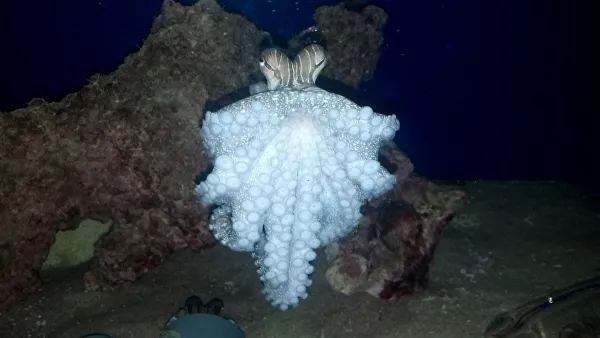 During the breeding season, the male and female Pacific striped octopus can live together for several days

Eight smart legs
All these features in marine cephalopods were formed independently of the evolution of vertebrates. Their last common ancestor lived almost eight hundred million years ago, which affected not only the appearance, but also the internal structure.

In addition to three hearts, these animals have a very unusual brain. It contains almost five hundred million nerve cells – not so much compared to the human 85 billion, but it is quite comparable with the number of neurons in the dog’s brain. However, in octopuses, cells are larger and otherwise distributed throughout the body. If in humans most of the neurons are concentrated in the brain, in cephalopods this organ accounts for only about ten percent. Another 30 percent are located in large visual lobes. The rest – in the ganglia – clusters of neurons on the limbs. 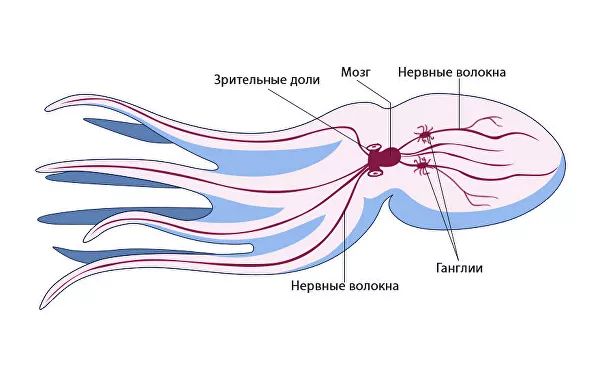 In other words, each octopus tentacle is a kind of mini-brain, which, as scientists from the Hebrew University in Jerusalem have found out, can act independently. The central organ only launches the necessary behavioral reaction, and how to perform it, the limbs “decide” themselves.

At the same time, the tentacles of the octopus are capable of quite complex independent actions: change color or distinguish someone else’s limb from their own. Moreover, the amputated tentacle moves and reacts to stimuli for an entire hour. Holds some objects, repels others and can even creep away from the owner.

In addition, octopuses have excellent eyesight – their pupil is more perfect than the human one, it has excellent short-term and long-term memory.

Editor myself
According to an international group of researchers, the cognitive abilities of octopuses and their rather large brain are the result of fierce competition with fish and marine vertebrates.

About a hundred million years ago, the diversity of ray-finned fish sharply increased – the so-called Mesozoic sea revolution happened. As a result, the ancestors of squid and octopus had to not only fight for food and living space with fish, but also learn to escape from predators. Hence the loss of the outer shell (many marine vertebrates learned to break the protective shells of mollusks), reactive movement, a quick color change in response to stimuli, an ink bag, and the most developed intelligence among invertebrates.

In addition, octopuses acquired another important advantage: they learned to edit their own genes. This helps them adapt to environmental conditions and makes them even smarter.

It is about changing the messenger RNA. This intermediate information carrier is synthesized on a DNA matrix and serves as a kind of protein assembly instruction for ribosomes. If everything goes as normal, then the amino acid sequence in the protein exactly matches the nucleotide order in the gene that encodes it.

But sometimes, in the synthesis of mRNA, the nucleotide adenosine is converted to inosine – this is due to special enzymes. Such a change allows you to fine-tune the functions of proteins, but it is rarely used. So, in the human body such proteins are not more than three percent.

And the octopuses, according to researchers, have up to 60 percent. Moreover, among the proteins created on the basis of altered mRNA, there were also those that are responsible for connecting neurons. Most likely, it is they that allow cephalopods to use complex behavioral scenarios. However, the mRNA edition slows down the change in the genome and, as a result, the evolution of the octopuses themselves.