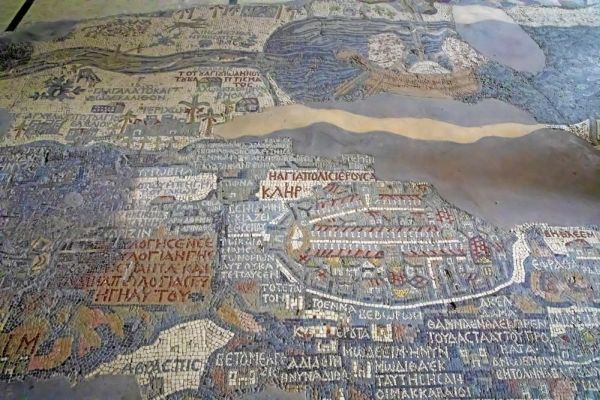 Professor Marek Olszewski from Warsaw University (Poland), specializing in the study of ancient images, discovered a mysterious object in a mosaic of the 2nd century, in which he recognized a previously unknown type of sundial.

Science in Poland talks about the discovery. The professor completed it by revising the images of ancient mosaics, the oldest of which are dated to the 2nd century AD.

First, his attention was attracted by one of the mosaics of the VI century AD, discovered at the gates of Damascus in Jerusalem. Olszewski noticed that between the richly dressed women is some kind of mysterious object. At the beginning of the 20th century, scientists described it as an oil lamp or column.

“After a thorough analysis and comparison with the sundial discovered during excavations, I came to the conclusion that this mosaic and other mosaics like it depict a sundial,” said Professor Olszewski.

The scientist re-looked at other mosaics and discovered eight previously unknown types of sundial designs. So, he saw one of these designs on a wall mosaic in the church of Santa Cecilia-Trastevere in Rome. It was created during the time of Pope Paschalius I (817-824 AD)

Olszewski found another unknown watch on the so-called map of Madaba – a huge floor mosaic, which is currently stored in the Church of St. George in Madaba, Jordan. This is a map of the Middle East from the time of Byzantium. It dates from the 6th century AD and is considered the oldest cartographic depiction of the Holy Land, including Jerusalem.

Another image of a sundial was found in Turkish Tartus, the modern city of Mersin. The mosaic created in the II-III centuries of our era is stored there. The sundial is located on the column, next to them is a crow, which a man is trying to frighten. In those days, the crow was a symbol of bad omen.

Note that the sundial was often used in ancient times to determine the time. They showed time with a shadow cast by a fixed pointer to the dial with hour markers. A sundial is considered one of the most ancient scientific and measuring instruments.