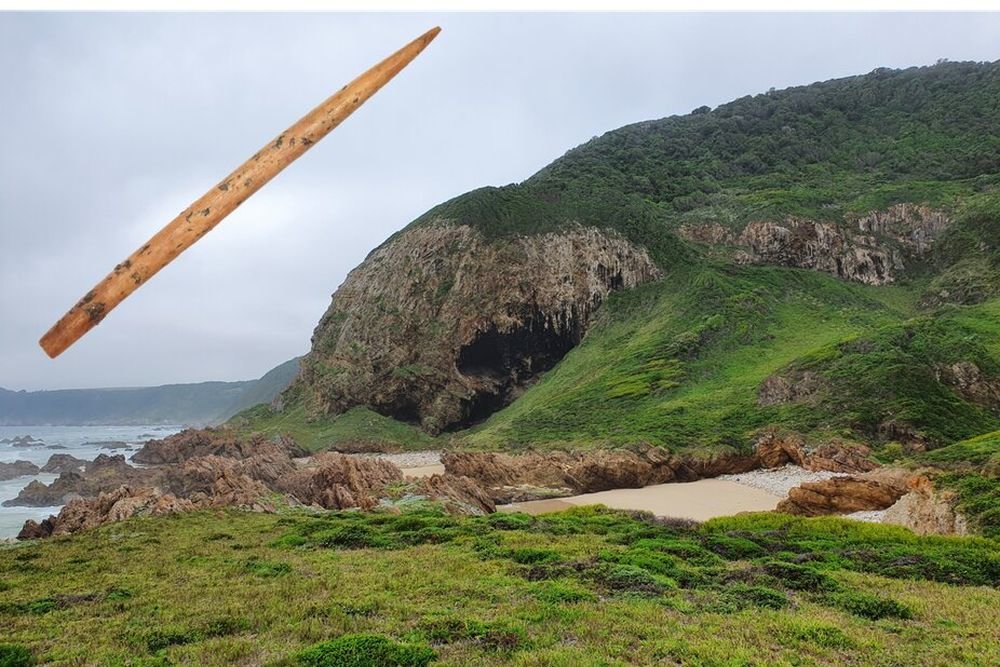 An international team of scientists studied the artifact found back in the 1960s on the east coast of South Africa in a layer over 60 thousand years old, and came to the conclusion that it is the oldest arrowhead, oiled with poison.

The study was published in the journal Quaternary Science Reviews, and the author’s group briefly described it on Phys.org. Scientists have studied the long, thin and spiky artifact found in the caves of the Klasis River, which flows along the east coast of South Africa.

We are talking about a product that has been extracted from a layer over 60 thousand years old. Researchers note that even visually it is very similar to the thousands of bone arrowheads used by local San hunter-gatherers from the 18th to 20th centuries.

This artifact was excavated back in the 1960s, but until recently no one suspected its importance. The fact is that initially it was incorrectly dated. In a new study, scientists used a combined approach, including microscopic analysis of bone surface, high resolution computed tomography and non-destructive chemical analysis

As a result, traces of black organic matter distributed over the surface of the bone were discovered. This led scientists to the idea of ​​poisoned arrows. Chemical analysis showed that this substance consisted of many organic ingredients.

Microscopic analysis showed that the artifact was attached to an arrow shaft, possibly made of reed. Computed tomography revealed microscopic lesions inside the artifact, similar to which occur in arrowheads during their rapid movement.

All this allowed researchers to conclude that this artifact is the tip of an arrow, which was plunged into poison before use. This is a well-known technology, but the key question is the age of this arrow. It turned out to be the oldest – this is the first tip older than 60 thousand years, described by scientists.

The discovery also suggests that ancient people in southern Africa more than 60 thousand years ago were able to combine various ingredients for the manufacture of glue and poison and made their products in a complex way, using several stages. That is, they knew how to “think outside the box.”

The appearance of hunting with the use of bow and arrow in recent years is considered the birthplace of a complex society. The oldest such evidence in Europe is about 45 thousand years, outside its borders and outside of Africa – 35 thousand years. Arrows of this age, for example, were found on the island of Timor.

A new discovery indicates that in South Africa, bone arrowheads began to be used about 20 thousand years earlier than in any other region of the planet. This confirms the generally accepted theory that the cradle of mankind is in Africa.

“Archery technology gives hunters a unique advantage over prey,” the researchers write. “It allows you to hunt from a distance and from ambush. This increases the chances of success and ensures safety when hunting predators or large animals such as buffalo.”

A bow and arrow consist of several parts, each of which has a specific function. But it is known that all this works only together, as a single complex. This proves that ancient people possessed high cognitive flexibility – the ability to switch from one thought to another, as well as to think about several things at the same time.