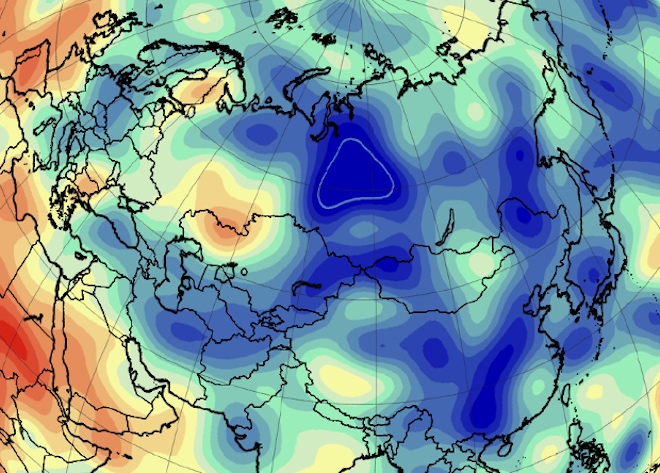 Scientists from the Netherlands conducted an analysis of known anomalies in the field of velocities of propagation of seismic waves in the Earth’s mantle. This allowed them to compile an atlas of lithospheric plates that were in the process of immersion in the mantle over the past three dozen million years.

In total, the Atlas managed to include data on 94 lithospheric plates, and work on it lasted 17 years. According to the journal Technophysics, the bark of the earth under the ocean differs from the continental one in that it consists mostly of basalts. It is in a constant process of renewal: the old bark is immersed in depth into the mantle in subduction zones. And in the middle layers is already beginning the formation of new layers of rock. A complete renewal can take about a hundred million years. As they move deeper into the mantle, the plates can still exhibit seismic activity. This happens until they reach a depth of 650 kilometers. Then they can no longer exert any influence on processes in the lithosphere and therefore are not included in geological maps. According to Dutch geologists, this is wrong, since information about these plates is extremely important.

Scientists have studied a three-dimensional map of anomalies in the field of propagation velocities of seismic waves in the mantle of the earth. Geologists are convinced that these waves can be interpreted as submerged blocks of lithospheric plates. Thus, a picture was made with the exact time of the beginning and the end of the immersion of plates, the coordinates of each of the 94 plates were found.

In the course of the study, it was found that the plates continue to move up to a depth of 2,900 kilometers. Here already lies the boundary of the mantle with the nucleus. It was also possible to determine at what speed the plates are immersed in the mantle. On average, during the first time after subduction, the speed of movement is about 40 millimeters per year. After reaching a depth of about one and a half thousand kilometers, the deceleration slows down to 10 millimeters per year, and after 200 thousand kilometers the speed increases.

The analysis helped to determine the degree of viscosity of the mantle, which is an important indicator in the study of the evolution of lithospheric plates and in general processes in the earth’s mantle.

The study explains, for example, why an abnormally high speed was observed before the collision of the Hindustan plate with the Eurasian plate.