An explanation of the blood-red color of stalagmites is found. 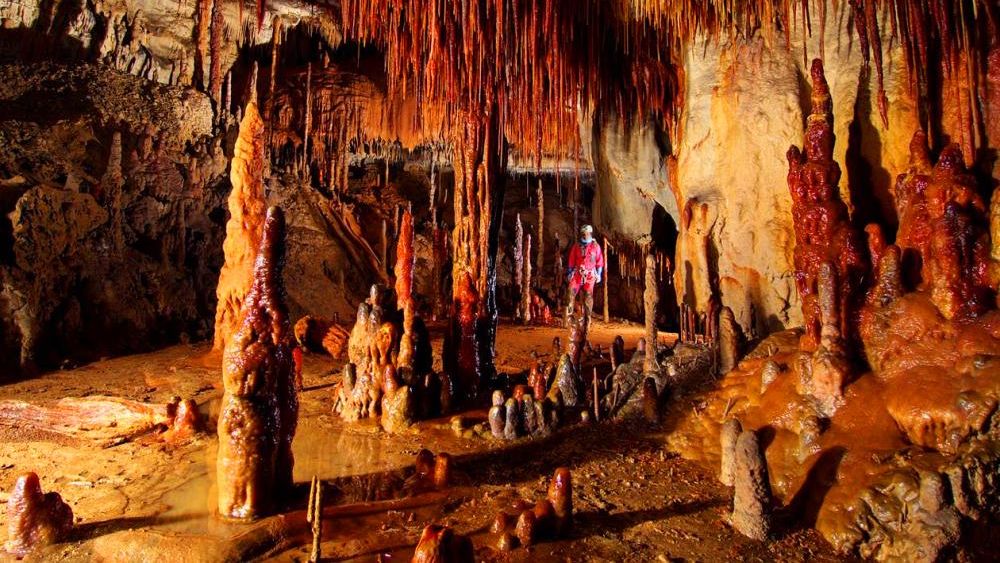 Spanish scientists for the first time explained how stalagmites in a cave turn unusual red and how they can be used as an indicator of paleoclimatic changes in northern Spain. The study involved employees of the famous National Research Center for Human Evolution (CENIEH). And we are talking about the Goikoetxe cave, located in the biosphere reserve Urdaybay in the Basque Country.

As a rule, the red color in geological rocks and archaeological finds is determined by the presence of various iron oxides, which color minerals and rocks in this rich shade. However, analysis of samples from an amazing cave showed that the red color is due to the presence of organic substances in them, which are formed as a result of decomposition of vegetation in soils located above the cave. These organic substances, in particular the group of humic acids, penetrate the cave together with rainwater. For the existence of this organic matter, a landscape with fertile soils formed under dense vegetation under climatic conditions with high humidity is necessary. It is this weather that is most often observed here: moist winds from the surface of the Bay of Biscay bring abundant moisture to these lands with rich vegetation. Precipitation occurs throughout the year, but it is especially intense in autumn and winter.

This discovery will allow scientists to analyze the evolution of climate along the coast of Cantabria over a long period of time. Indeed, with the help of uranium-thorium analysis, it is possible to determine with high accuracy (even up to a decade and a year) the date of formation of stalagmite and its lifespan with a dating depth of up to half a million years. And organic substances in stalagmites will allow to detail changes in environmental conditions.