An extinct sea lizard was named after the wine 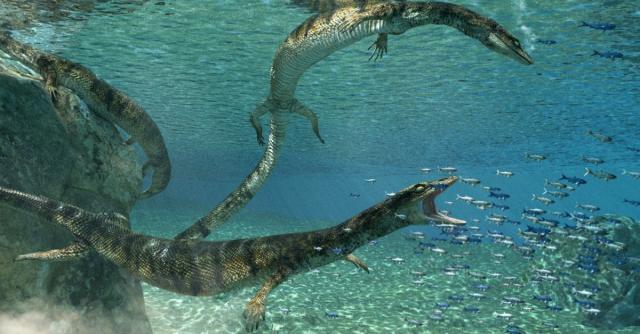 Canadian paleontologists from the University of Alberta discovered a new species of marine lizards that lived 70 million – 75 million years ago. According to scientists, remains of muscle, scales and skin of an animal are well preserved.

Remains belong to marine lizards dolichosaur (dolichosaur), whose relatives were snakes and mozosaurs. The researchers gave a new name to the name Primitivus manduriensis. Remains were found in the Italian region of Apulia. Its name was given to the reptile by the local wine “Primitivo di Manduria”.

Primitivus manduriensis lived in shallow water. After death, the reptile sank to the bottom, where it covered with silt. As there were no carnivores nearby, her body was untouched.

Primitivus manduriensis resembled ordinary lizards. It was small, but had a longer neck and tail. Lapis lizards were adapted for swimming, but she could move and overland.

The remains were 15 million years older than the remains of other representatives of this group.