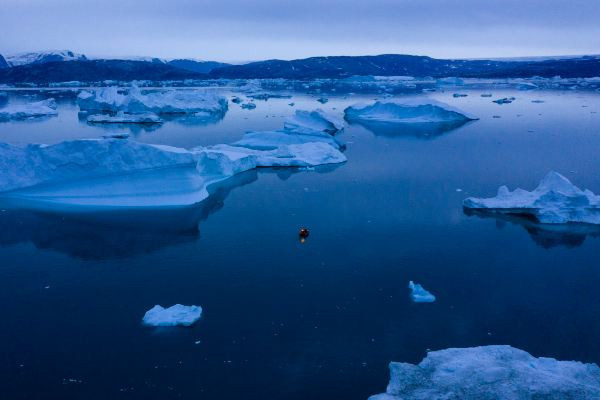 According to scientists, after getting into the water, the iceberg began to split into smaller parts. “What we observe is both beautiful and terrifying. From the obtained images it is clear that the glacier reacts sharply to climate change, ”said Mark Drinkwater, representative of the European Space Agency.

Despite the fact that icebreaking is a natural process, Drinkwater believes that the rate of glacier melting observed in West Antarctica is much higher than in other regions. According to him, an imbalance is observed in the glacial system, which appeared due to global warming, rising water levels in the ocean and a decrease in the amount of snowfall.
According to experts, if all the ice in the Pine Island massif and the neighboring Thwaites glacier melted, the sea level would rise by 1.2 m.

According to Nature magazine, since 1992, the Antarctic ice sheet has lost about three trillion tons of ice. The water that appeared due to the melting of the glacier could be enough to cover a territory the size of the US state of Texas with a four-meter layer.
In Antarctica, melting is due to the warm water that floods the glaciers. And there the water gets warmer, because the winds change direction due to global warming. More than 70% of melting occurs in West Antarctica.