An interactive map will show you how the continents have changed 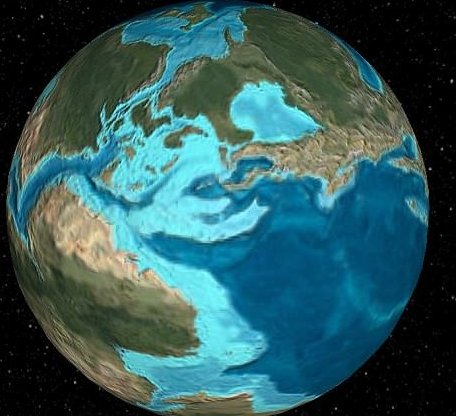 A former Google employee, Jan Webster, created a resource that allows you to imagine how the Earth looked at different times. The user interactively can learn what the continents have been like for the past 600 million years.

When creating the resource, data from the University of Northern Arizona was used. The project was named Ancient Earth Globe.

“I wanted people to know that the Earth has a very long past, it’s almost impossible to imagine. The earth has gone through so many changes. Humanity is only a brief impetus in its history, “says Jan Webster, who is currently working on the creation of the Asterank asteroids base.

The interactive map allows you to choose a different period of the history of the Earth’s development, from its current state and ending with a period of 600 million years ago, when the first complex multicellular organisms appeared.