An unexpected fact about penguins is discovered 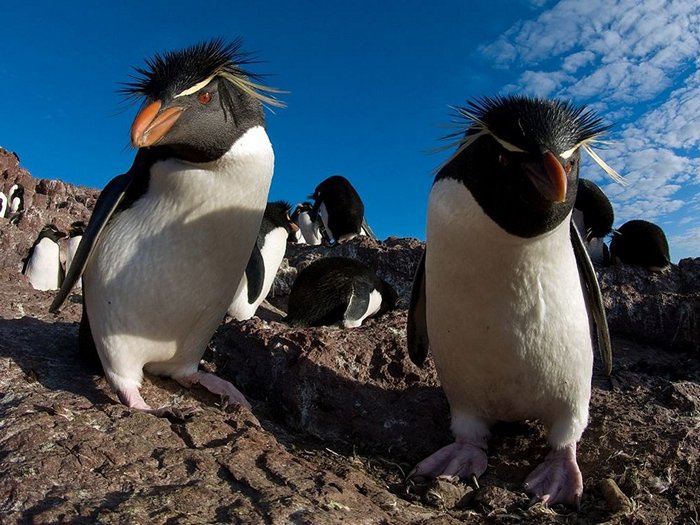 Tolstoyklvy penguins can overcome 80 km per day, scientists have established from the University of Otago in New Zealand.

The researchers attached satellite trackers to ten males and seven females of these species of crested penguins to track the behavior of birds from November to March. The results were impressive. They are published in the journal PLOS One.

Scientists managed to establish that, having grown chicks, tolstoklyuvye penguins begin to migrate from New Zealand to the southwest. Some of them follow to the south of Tasmania, which is located in the subtropical belt, and others – to the subantarctic belt. In these places, the penguins restore their strength, energetically feeding, and then migrate back.

Birds live in such an incredible rhythm for 10 weeks and overcome during this time the distance from 3,5 to 6,8 thousand kilometers. Most likely, these are the maximum distances to which penguins are able to move, say the researchers.

Birds leave the nesting place just when the ocean is rich in food, which seems meaningless. Scientists believe that this extraordinary behavior can be a vestige inherited from penguins that lived in a sub-Antarctic climate, until they migrated to New Zealand.

This “legacy” is explained also by the fact that the tolstuck penguins live only in the south of New Zealand. If they nested to the north, then migrating to the sub-Antarctic belt would be much more difficult or even impossible.

Thick-billed penguins live on the islands of Stewart and Solander, as well as in New Zealand, on the southwestern coast of South Island. The population of the species is 1,000 – 2,500 pairs, but it is relatively stable.