An unknown meteorite found in a quarry Sweden 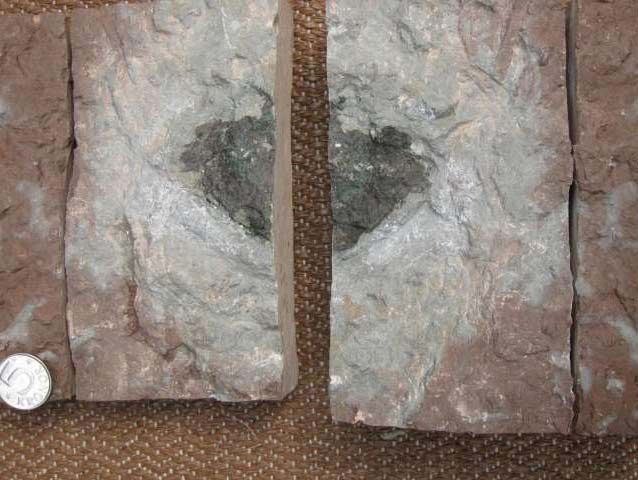 A fragment of a never-before-seen meteorite discovered in a limestone quarry in Sweden.

“The remains of the size of a cookie, like no one ever discovered on Earth, meteorites can shed light on the history and formation of our Solar system,” – said in a report published Tuesday in Nature Communications.

Named Oest 65 meteorite is a fragment of an asteroid with dimensions of 20 to 30 km in the form of potatoes, which crashed into a larger body by showering our young planet in small pieces.

Previously found the remains of only one of the two bodies in the form of meteorite groups chondrites. But now scientists believe that they found a piece of the second celestial body, giving confirmation of the theory of a major collision of two galactic Wanderers.

It is believed that the disruption of large parent bodies of chondrites from 100 to 150 km, has spawned a large group of rocks in the asteroid belt between Mars and Jupiter.

Some part of the result of the flow of material of extraterrestrial origin raining meteor shower on Earth, which coincided with a massive expansion of invertebrate ocean life in those distant times, when all the Earth’s continents were welded into two large supercontinents Gondwana and Laurasia.

Along with hundreds of chondrites, found to date, a new fragment of a celestial body drowned in his time on the ocean floor in the area that it is now a limestone quarry in southern Sweden.

A team of researchers measured the dose of cosmic radiation to determine how long the object was in space before falling to Earth.

“Our meteorite fell approximately 470 million years ago,” said Schmitt, which coincides with the time of falling to the Ground chondrites.