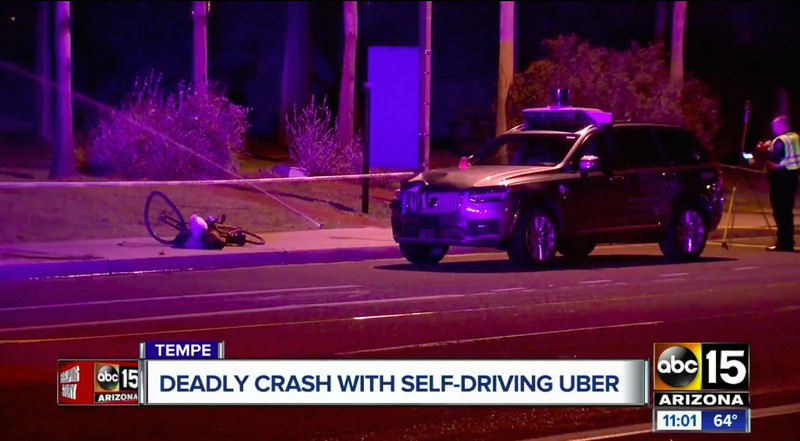 The police found that the Uber unmanned vehicle was traveling at a speed of about 65 km / h when it hit a 49-year-old woman in Arizona. Before the accident, the car did not even try to slow down. This happened for the first time in the practice of testing drones.

However, Sylvia Moir, the police chief at Tempe, where the tragedy occurred, told the media: “I guess Uber probably will not be charged with this accident.” At the wheel of the car was a controlling driver, but at the time of the accident she was controlled by an autopilot.

After studying the video from the scene, Moir explained that “the woman came out of the shadows directly on the road” and that “there was no way to avoid a collision under any circumstances.” The victim was a homeless woman with a bicycle in her hands.

Nearby was a lighted passage, but the place where the accident occurred was in the dark. The car could not “notice” the pedestrian, but it moved very quickly, besides in the dark. The living driver would not have had time to react.

At the moment, other details of the incident are known only to Uber and the authorities, but judging by the information from the police, the perpetrator is found guilty of the incident. At the same time, reputational losses, like Uber in particular, and unmanned car programs in general, are unavoidable.