An unusual insect found in a cave Lukina Pit in Croatia 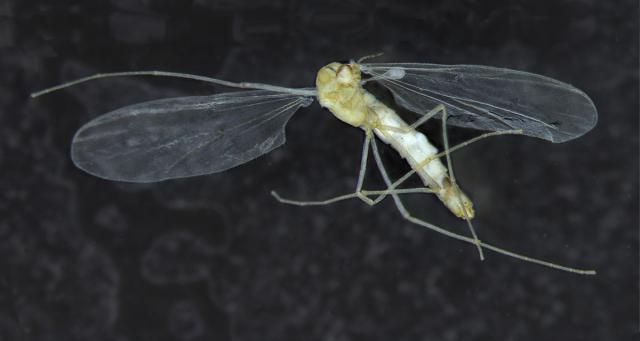 Unusual insect discovered by scientists in one of the deepest caves on the planet. The creature lives in total darkness. Hitherto it was thought that only bats are able to fly in such conditions.

The insect was found in a cave Lukina Pit in Croatia, at a depth of almost 1 thousand meters. The insect has regulirovanie vision, because of his life in the dark. Troglocladius hajdi different light color and very long limbs, which she probably uses as antennae.

The researchers did not observe the flight of the insect, but all signs point to the fact that it can fly. Scientists used for insect control sticky trap. To their surprise, experts found that some insects were in the centre of the strips. 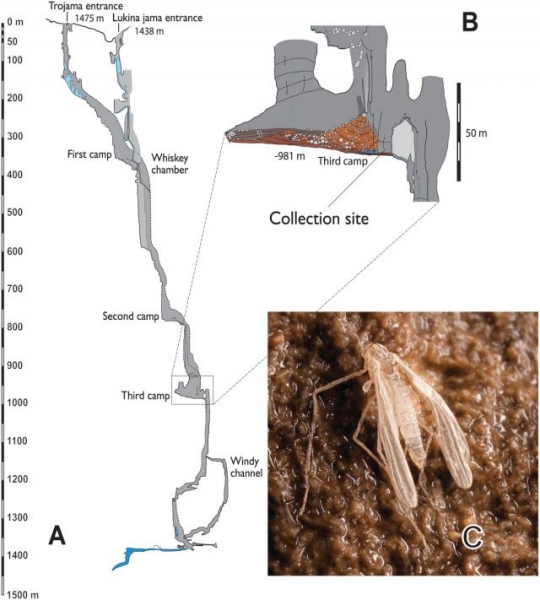 Lukina pit is in the top 15 of the deepest caves on Earth. Its depth is more than 1.4 thousand meters. According to scientists, Troglocladius hajdi lives in a very isolated space, it is unlikely that this insect may be in contact with other living beings outside the cave.