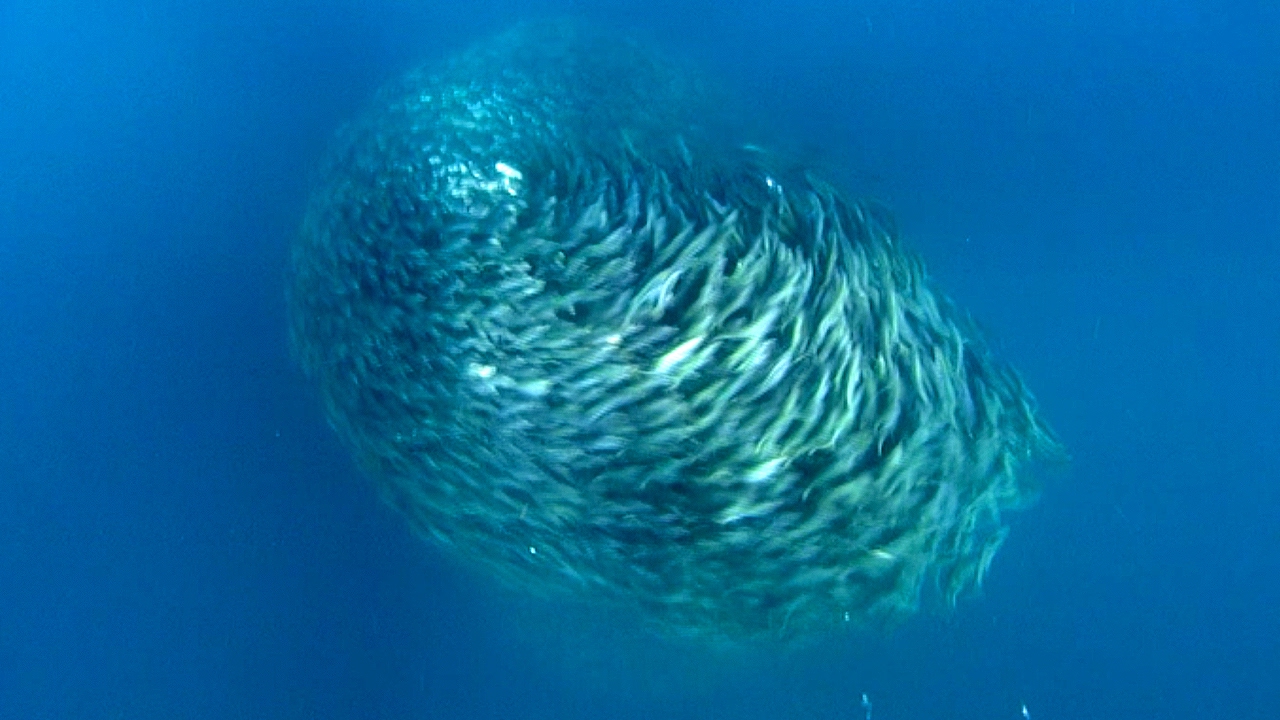 When currents in the Southeast Pacific ocean change, there comes an abundance of nutrients and plankton. Appetizing bait slivayutsya predators of all sizes.

First for a light meal arrive swarms of anchovies, but soon they themselves have to invent ways to keep away from large predators such as sharks and tuna. What happens in the end, familiar to fans of the popular disaster movie “sharknado”.

Instead of just running away from dangerous places, such as common sense, tens of thousands of anchovies going in a giant swirl of scales and fins in the hope that predators will be too scared to attack.

As the new video from the documentary “bi-Bi-si” “the Blue planet”, the first trick works. But in the end, a spherical swarm breaks up as large predators to break through the protection of the fish, splitting the fish into small groups which are easier to hunt and to eat.

The moral of the story? Saw a large enemy run away!