Ancient amber preserved the skull of the smallest dinosaur 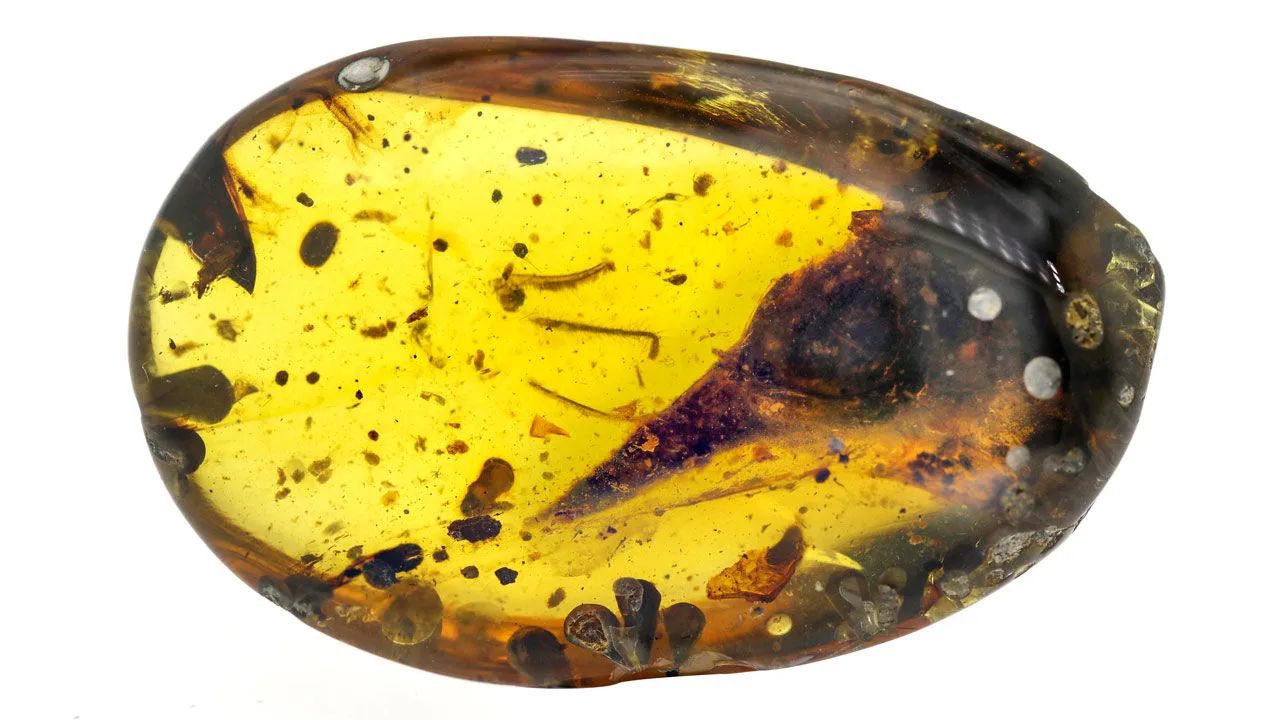 The Cretaceous can be called a peak in the long era of reptile dominance. At that time they reached enormous size and reigned even in the air, where large winged pterodactyls flew. All the more surprising is the next find made in samples of ancient amber that is found today in Myanmar – a tiny, hummingbird, flying dinosaur, already looking like a bird, but still retaining miniature teeth in its beak.

Jingmai O’Connor and his colleagues at the Institute of Vertebrate Paleontology and Paleoanthropology (IVPP) of the Chinese Academy of Sciences dated the find to be about 99 million years old. Using synchrotron tomography, the sample was studied in great detail. The new species is called Oculudentavis khaungraae, it is described in an article published in the journal Nature.

The full skull, preserved in amber, is only 7.1 millimeters in length and belonged, perhaps, to the smallest known dinosaur species. According to scientists, the full body of the animal weighed about two grams – indeed, comparable to modern hummingbirds. But, unlike these birds, the ancient O. khaungraae kept dozens of small and sharp teeth in their beaks: the authors counted 29-30 pieces. 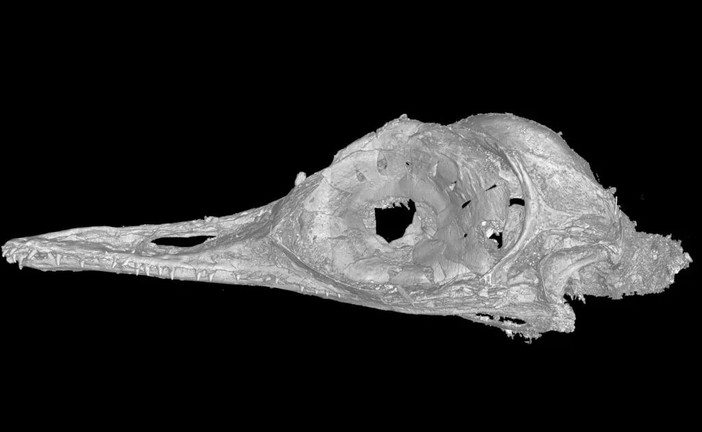 Skull of Oculudentavis khaungraae: a long row of teeth is visible, and a sclerotic ring in the eye socket / © Xing et al., 2020

It is worth saying that in that era, birds still continued to adapt to flight and a new way of life, and many had not lost their teeth, although such a number of them came across for the first time. This long row stretches from the tip of a very elongated beak and goes deep beneath his large eyes.

Therefore, the dinosaur was called Oculudentavis, combining the Latin words “eye” and “teeth”. Apparently, numerous teeth helped a miniature dinosaur hunt insects in a dense and gloomy forest of Mesozoic gymnosperms. This is indicated by his large eyes, spread out on the sides of the head. 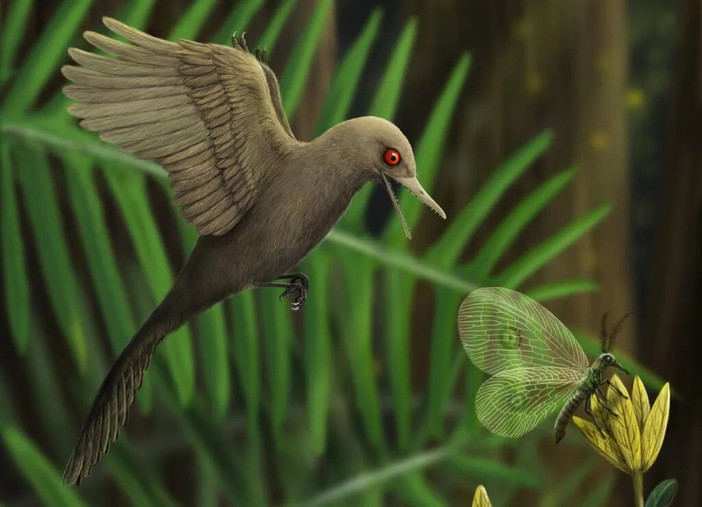 Reconstruction of the appearance of Oculudentavis khaungraae / © Lida Xing

Like other reptiles and birds, their structure is supported by a bone support – the sclerotic ring – however, in O. khaungraae these structures have an unusual conical shape. According to scientists, the only similar example is given by some modern lizards, leading a daily lifestyle. Apparently, these tiny birds lived like that.

However, the find cannot be unambiguously attributed to full-fledged birds. Paleontologists locate O. khaungraae somewhere close to archaeopteryx and geholornis, a relatively primitive transitional link that has not yet fully adapted to flight. By comparison, O. khaungraae were as tiny as hummingbirds compared to turkey. The authors attribute this to the manifestation of island dwarfism – a usual decrease in size in animals that live in isolation, in conditions of relative safety, but limited resources.