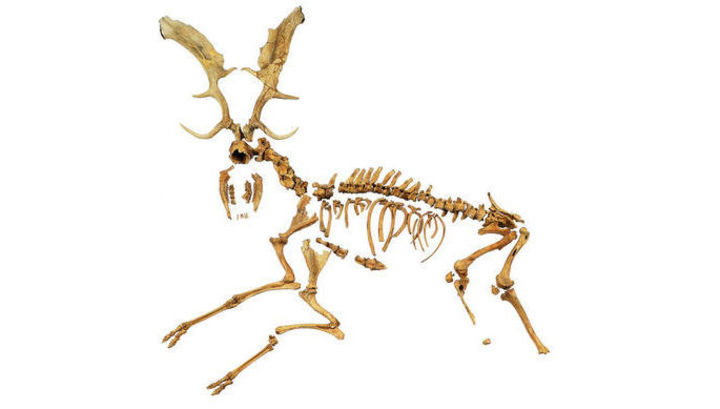 Neanderthals together hunted deer, coordinating their actions. To this conclusion came a group of researchers led by Will Rubrokes (Wil Roebroeks) from Leiden University in the Netherlands. The scientific article of the authors is published in the journal Nature Ecology & Evolution.

The age of the fossil found in Germany is estimated at 120,000 years. As specifies AFP agency, excavations in this area are conducted since 1980th years. Found tens of thousands of bones of deer, horses and cows, as well as thousands of stone tools belonging to the Neanderthals.

The remains of a deer of extinct species Dama dama geiselana were discovered more than 20 years ago, but only now anthropologists have understood the true meaning of the find. 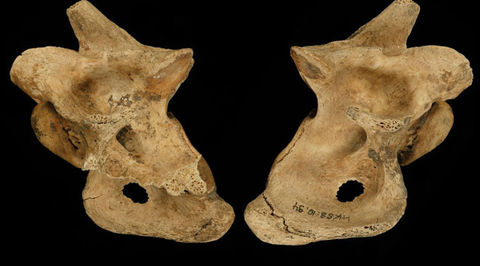 The fact is that in the pelvic bone of the animal next to the spine there is a round hole with a diameter of 11 millimeters. According to the conclusion of experts armed with the latest technology, it could not be broken by a tooth of a predator or, say, a scavenger beak. This hole left the man’s weapon.

The only human species that lived in that era in this area were the Neanderthals. Historians have long known that they were true hunters. In addition to the numerous bones of the eaten prey, spears were found on the Neanderthal sites.

However, how did they use this weapon? Beating, not releasing a shaft from his hands, or throwing like a dart? Did the primitive hunter go out fishing alone or was it a collective labor? Until recently there was no answer.

According to the journal Science, making an analogue of the Neanderthal spear 1.8 meters long, scientists tried to break a similar hole in the remains of modern deer.

The experimenters could not do this until they threw the spear like a dart. But the necessary hole turned out, if not to release a spear from hands and to press on it. Examination of the remains with the help of computer microtomography also showed that the pierced deer projectile was unlikely to be flying. 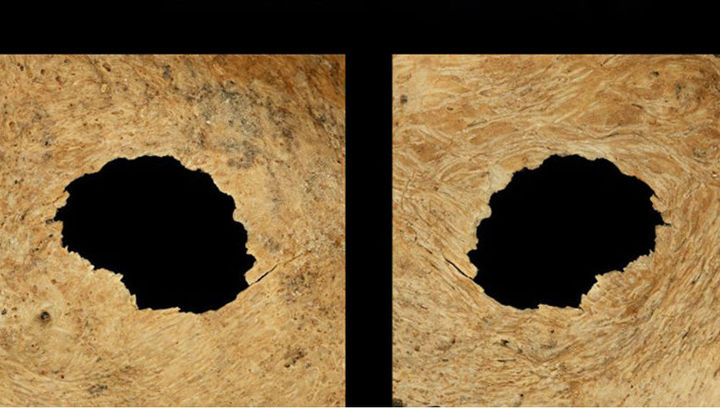 Proceeding from this, scientists assumed that the Neanderthals did not throw their spears, but pricked them with the beast.

But a deer is not a log to which you can come and stab. These animals run very fast. To kill a deer, you need to surround it, cut off the path to escape and drive into a dead end. And this is work for a well-coordinated team.

Thus, scientists have received yet another proof of the complex behavior of the Neanderthals.