Ancient factories of the Silk Sea Route found in China 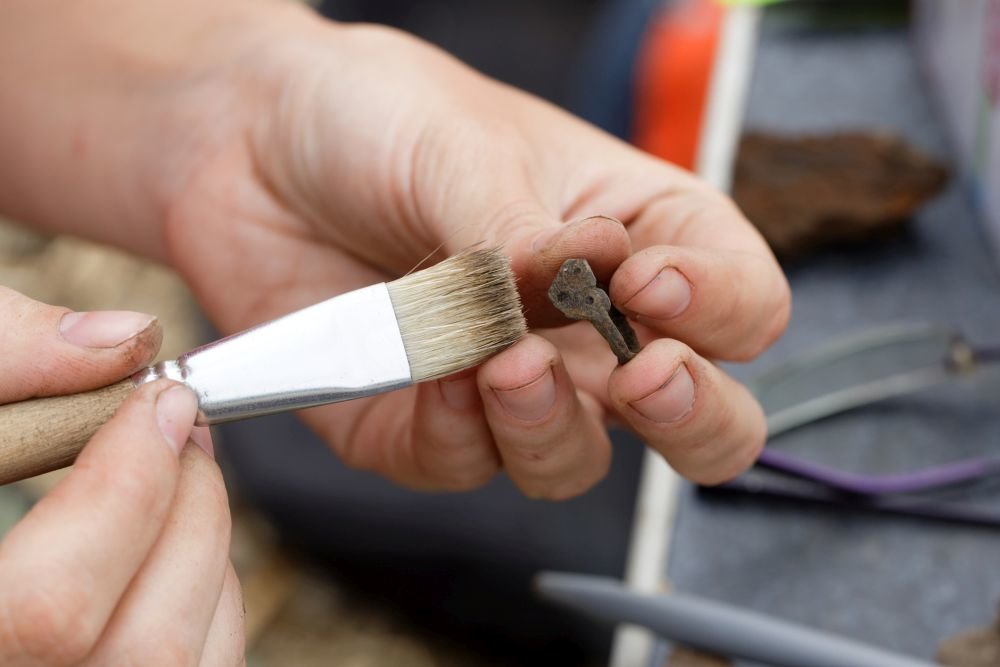 During excavations in the city of Quanzhou, in the east of the country, Chinese archaeologists have discovered the remains of ancient workshops for the manufacture of iron and steel.

The opening was reported by the Xinhua news agency. Excavations were carried out in Quanzhou City, Fujian Province. One of the most important Chinese ports on the so-called Silk Sea Route was located here.

Exploration work began here back in 2019. In 2020, they were held intermittently. As a result, important finds were made in Anxi County, part of the Quanzhou metropolitan area. They indicate that in antiquity, quite large industries were located here.

These workshops produced large quantities of iron and steel, the commodities that formed the basis of trade during the Silk Sea Route. The most active trade in them was carried out during the reign of the Song dynasty (960-1279 AD) and the Yuan dynasty (1271-1368 AD).

In addition to ancient steel “factories,” two buildings have been unearthed during excavations, said Wang Bo, a researcher at the Institute of Archeology of the Chinese Academy of Social Sciences. Probably, they housed state administrative institutions.

Archaeologists suggest that one of these institutions oversaw affairs in one way or another related to the imperial family. The second institution performed the usual port functions and was intended to serve ordinary traders.

“These two ancient institutions suggest that Quanzhou once provided real support for the monarch’s rule, especially through ocean trade,” archaeologist An Jiayao said.

Researchers reported about another important discovery made in the same city. Five huge ovens have been excavated here, with the help of which porcelain products have been made for centuries.

Archaeologists have discovered thousands of such relics. Their study helped to trace the evolution of porcelain manufacturing technology from the aforementioned Song dynasty to the period of the Qing dynasty (1644-1911 AD). We add that stoves and porcelain artifacts were discovered during excavations in the Dehua district.