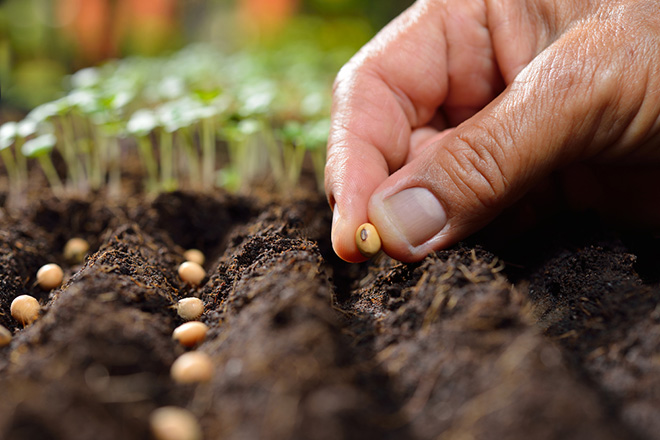 According to a study by researchers at the University of Sussex, the key to addressing the global shortage of food due to climate change may become a 700-year-old agricultural farming from West Africa. This ancient method promotes the conversion of nutrient-poor soils into fertile agricultural lands by increasing content of carbon.

In a study published March 1 in the journal Frontiers in Ecology and Environment, said the method comprises adding to the soil kitchen waste and charcoal, whereby it acquires a black color. Hence its name “African black earth” (African Dark Earths).

Fertile soil in Liberia and Ghana are better suited for agriculture than others. The method allowed us to enrich them with organic carbon 200 % — 300 %. The research team studied 150 districts in the North-West of Liberia and 27 districts in Ghana. These soils can also be found in South America, but no one knows how they were formed, in contrast to West Africa, where this technique is still widely used and helps in the provision of food.

According to lead author of the study davita Solomon from Cornell University, the fact that both groups of people reached the same results, despite the impressive distance between their settlements, says that they have a lot to learn. The lack of gadgets and high-tech instruments did not prevent them to achieve what we failed in the presence of the most modern technologies.

If countries around the world will follow this simple but effective method, it will give the opportunity to prevent the consequences of climate change on food production. However, the researchers note that further studies are still needed.

“Work in this direction should not stop. This practice of agriculture can be extremely useful to feed the growing population and partly to adapt to climate change,” — says Professor James Feched from the University of Sussex.

This study entitled Indigenous African soil enrichment as climate-smart sustainable agriculture alternative (an age-old African method of enriching the soil as harmless for climate alternative to traditional agriculture) was supported by the soil scientists from the Universities of Accra, Aarhus, and Institute of research development (IDS) and funded by the Council for economic and social research (ESRC).