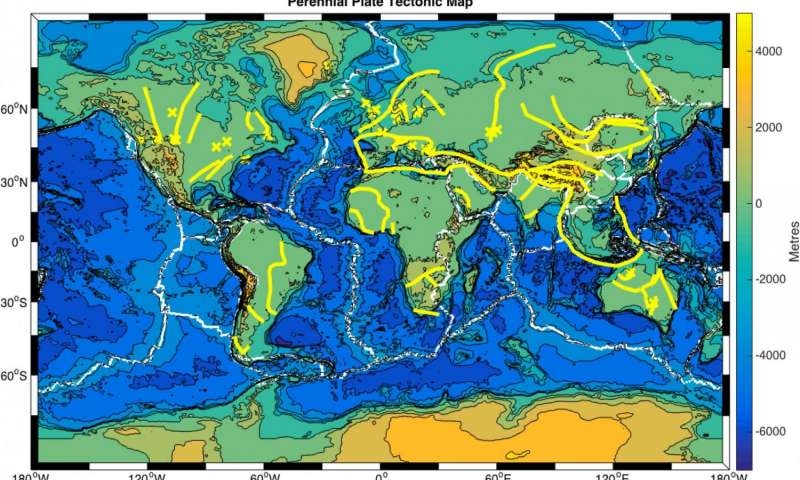 There is an opinion that the formation of mountains, and earthquakes depend only on the interaction of lithospheric plates. A new computer model put into question.

The model showed that ancient geological events are not passed to Earth by the gift and left some anomalies, deep scars. Researchers from the University of Toronto and the University of Aberdeen found that such “scars” are at a very great depth, under the lithospheric plates, and therefore affect them, and that above — the shift of the overlying layers and make faults in the earth’s crust.

According to scientists, this discovery may require a revision of fundamental ideas of plate tectonics, but it will help in future to better predict earthquakes.

To back up the data of their research, the geologists made a map of calculated mathematical model of the “scars”. “The map is based on traditional tectonic map, which is taught since elementary school. The only difference is that our model shows “dormant”, hidden boundaries of ancient plates, which could be members of an ancient tectonic activity,” says one of the researchers.

Discovered “scars” occurred many millions of years ago, during processes such as “closing” of the ancient oceans. They can be hidden at a depth of at least 600 km and have a fairly large size.