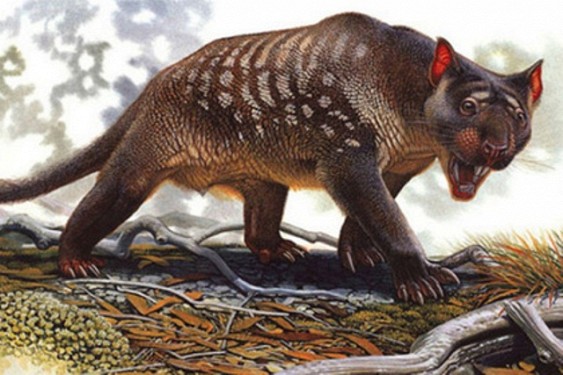 American and Australian scientists have found one of the main reasons for the extinction of giant animals that lived during the last ice age on Schule — supermatrices, uniting modern Australia, Tasmania and New Guinea.

The cause of death for these mammals, scientists have described the depletion of their prey base. “We found evidence that as the climate became drier, diet of animals has changed dramatically,” said study co-author Larisa DeSantis.

To such conclusions scientists have come, having done a comparison of the diet of herbivores that lived on the territory of modern Australia 350-570 thousand years ago, when large animals were common, and 30-40 thousand years ago when they became extinct. Contained in the teeth of beasts isotopes of oxygen and carbon have allowed researchers to assess the diet of organisms, as well as the temperature and humidity of the environment at the time of formation bone formation.

“For example, studying modern kangaroos, we know that the ratio of oxygen isotopes in teeth correlates well with relative humidity and rainfall in the environment,” explained DeSantis used in the study methods.

The work of scientists indirectly refutes the hypothesis that large fauna of Sahul destroyed appeared on supermatrices people. Experts believe that if climate change was the main factor of the death of ancient organisms, the person needs to pay more attention to how global warming affects modern animals.