Ancient giant virus will awaken from the permafrost of Siberia 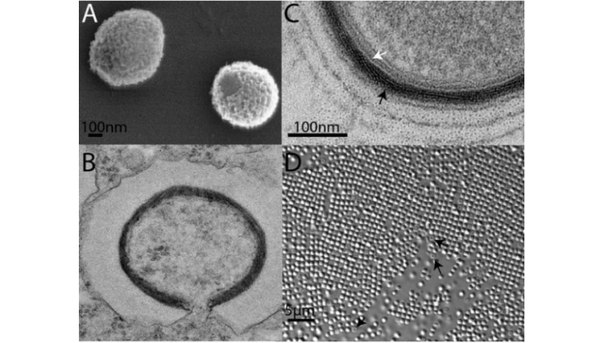 Scientists said that they will revive 30-year giant virus found in the permafrost in northeast Siberia. The virus was named Mollivirus sibericum. This is the fourth type of prehistoric virus has been detected since 2003, and the second for French-Russian team of authors of the new study.

Before to awaken M. sibericum, researchers have to check whether it will cause diseases in animals or humans. They warn that climate change could trigger a range of dangerous microscopic pathogens. Currently, the warming in the Arctic and subarctic regions runs 2 times faster than the average warming across the globe, so preservation of the permafrost is under threat.

“Several viral particles that are still able to infect, can be enough to revive the potentially pathogenic viruses,” says one of the lead authors of the study Jean-Michel Clavery (Jean-Michel Claverie), laboratory of the French National research centre.

The regions which were discovered giant viruses of interest to industry because of its mineral resources (particularly oil) and, most likely, will be widely used and studied in the case that the ice there melts.

“Without due caution after the industrialization of these regions we risk to Wake up one day and discover that those viruses, which were considered to be forever destroyed by mankind, such as smallpox exist again and amaze us,” added Clavery.

In safe laboratory conditions Clavery and his colleagues will try again to revive the virus by placing it next to the single-celled amoeba, which will serve as the host organism. Earlier in 2013, the same team discovered a giant virus, called Pithovirus sibericum. It has also been found in the Siberian permafrost. The team eventually “resurrected” it in a Petri dish.

Experience the rebirth into oblivion viruses science is already available. In 2004, American scientists revived the Spanish flu virus that killed tens of millions of people in the early XX century: the researchers arrived at Alaska to get frozen lung tissue from a woman buried in the permafrost.

Unlike most of the viruses circulating in the world today, to the total surprise of scientists, these ancient samples Dating from the last glacial maximum, not just their more modern counterparts, but much harder they are genetically. M. sibericum carries more than 500 genes, while the other sort of viruses, Pandoravirus has as many as 2500. Modern virus group And, for example, has only eight genes.