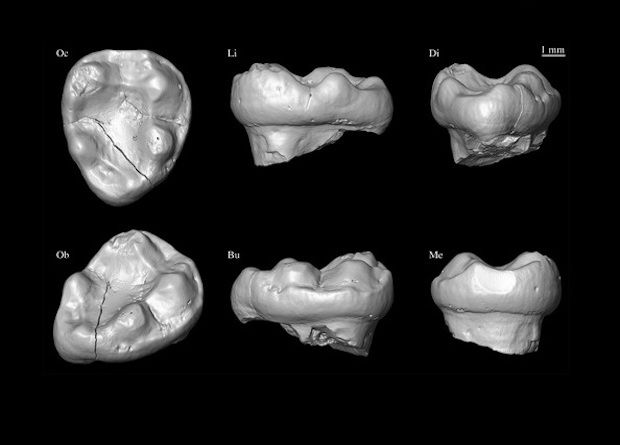 Paleontologists have described the oldest representative of the gibbon family: the basis for the discovery was a molar about 13 million years old, which was found in northern India. As noted in an article for the journal Proceedings of the Royal Society B, the find closes a significant gap in the evolutionary history of gibbons.

The origin of gibbons (Hylobatidae), tree monkeys from South and Southeast Asia, still remains a mystery to researchers. According to genetic reconstructions, the ancestors of this family split from other primates about 20 million years ago. However, the oldest known fossil gibbon, the Chinese Yuanmoupithecus, is much younger: the age of its remains is estimated at seven to nine million years. Thus, there is a gap in the evolution of this group of more than ten million years.

In search of the ancestors of modern gibbons, a team of paleontologists led by Christopher C. Gilbert of the City University of New York drew attention to a fossilized tooth from the Ramnagar site in the Indian state of Jammu and Kashmir. It was discovered back in 2015. Having studied the structure of the find, the authors came to the conclusion that in front of them is the lower molar of an ancient gibbon.

The fossil became the basis for the description of a new genus and species – Kapi ramnagarensis. Its generic name in translation from Hindi means “monkey”, and its specific name refers to the excavation site. According to paleontologists, K. ramnagarensis is 12.5–13.8 million years old, making it the oldest fossil gibbon.

The discovered species is a transitional link from the early Miocene primates from East Africa to modern gibbons. In particular, the tooth structure of K. ramnagarensis indicates a transition to a diet of fruits, which is characteristic of living species of this family. The age of the oldest gibbon suggests that the ancestors of this evolutionary lineage entered Asia from Africa shortly after the Middle Miocene climatic optimum. At the same time, Asia was colonized by the great apes (Hominidae).

Interestingly, in the past, paleontologists who worked in Asia periodically found fossils that were attributed to the ancestors of gibbons. However, more careful analysis showed each time that these remains belong to primates from other families.

Judging by the paleontological data, gibbon analogs have repeatedly appeared in different evolutionary lines of primates. Such species include, for example, Nyanzapithecus alesi, which lived in East Africa 13 million years ago. This primate was not a direct ancestor of humans or modern great apes, but represented a separate dead-end branch.