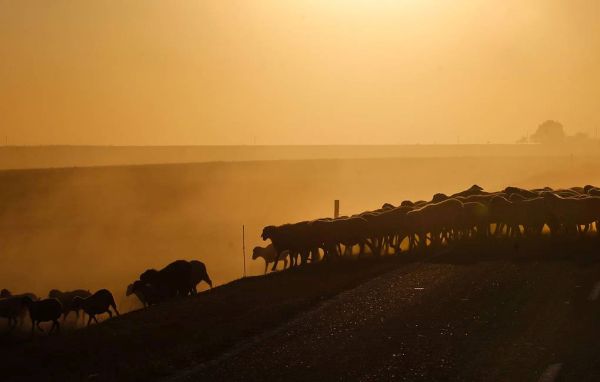 Archaeologists have found that the ancient pastoralists of the southern Russian steppes and foothills of the Caucasus did not migrate long distances along with their herds, but preferred to graze animals on the surrounding pastures. The results of their work were published in the scientific journal PLOS ONE.

“The results of our research testify against the hypothesis of high geographic mobility and active migrations of the population of the Caucasus. They suggest that epoch-making technical innovations of the 4th and 3rd millennia BC, such as carts or metal weapons, spread in some other way,” said Sabine Reinhold, one of the authors of the study, a researcher at the German Archaeological Institute.

Some scholars believe that the steppes of the Caspian and Black Sea regions, as well as the foothills of the Caucasus between them, were the ancestral home of all modern Indo-European peoples. It was from there about 5-6 thousand years ago that their dispersal across Europe and Asia could begin.

The rapid spread of these peoples across the continent was aided by two great technological innovations – iron tools and weapons, and wheeled carts. With their help, the ancestors of the Indo-European peoples traveled long distances along with herds and all property.

The oldest history of the Caucasus

Reinhold and her colleagues, including researchers from Moscow State University and the Institute of Archeology of the Russian Academy of Sciences, questioned this statement. They studied the conditions in which they lived and what they ate the nomadic peoples who then lived in the North Caucasus. To do this, the researchers studied the ancient climate and burial conditions of their remains, as well as the isotopic composition of the teeth and bones of these ancient people.

The proportions of various isotopes in tooth enamel and bone tissue can tell where the owner lived and what they ate. In particular, according to the ratio of strontium isotopes and heavy oxygen-18, one can determine the habitat of a person or animal, and the ratio of nitrogen-15 and carbon-13 atoms – what he ate.

Such data helped scientists to figure out the diet of the English king Richard III, medieval peasants, and also to understand that the Neanderthals ate not only meat, but also plant foods, and to learn the features of the diet of other ancient people, as well as the ancestors of modern pandas and some types of dinosaurs.

Guided by similar considerations, archaeologists studied the isotopic composition of the remains of 105 ancient people and 50 animals from eight archaeological sites in the Caucasus. The earliest of them date back to the 5th millennium BC. e .. Scientists measured the ratio of isotopes of carbon and nitrogen, thus determining the typical diet of the ancient inhabitants of these areas, and then compared them with each other.

On the one hand, this confirmed that all the ancient inhabitants of the Caucasus were herders with a typical diet for them, which combined meat, milk and dairy products. On the other hand, archaeologists have not found any evidence that these pastoralists migrated long distances.

In particular, the proportions of carbon and nitrogen isotopes in their teeth almost always corresponded to the proportions of the same elements from animal bones found near the burials of the remains of ancient Caucasians. On the other hand, in the tooth enamel of the ancient inhabitants of different regions of southern Russia, there was a different ratio of carbon-13 and nitrogen-15. This suggests that representatives of these tribes spent almost their entire life in one place, without migrating to other parts of the Caucasus.

According to scientists, this discovery casts doubt on the ideas of scientists about how cultural innovations spread, which are traditionally associated with the migrations of nomads of the Caspian and Black Sea steppes. Scientists hope that further study of the burials of that era will help them understand what caused the first tribes of Indo-Europeans to migrate and populate all of Eurasia.