Ancient people were immune to cancer 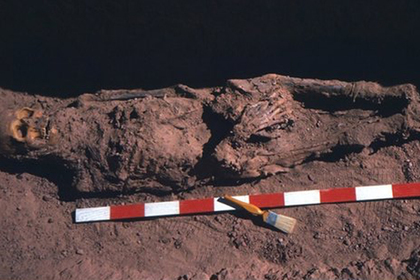 In the modern world, the incidence of cancer is 100 times greater than in antiquity. This conclusion was made by Canadian scientists who studied the remains of more than a thousand ancient Egyptians and described only a few cases of malignant tumors. The article is published in the International Journal of Paleopathology.

Skeletons and fragments with traces of malignant formations were found in the cemeteries of Ain Tirghi and Kellis from the Dahl oasis, the age of which, as established by radiocarbon dating, was 2800-3000 and 1550-1950 years, respectively. In total, about 1800 remains were found, but only 1087 of them were fairly well preserved for the morphological analysis of bones. The sex of people was established on the basis of the shape and size of the skull, and age – by the degree of tooth decay and other features, including the shape of the ribs and even the mummified genitals.

On the bones were found injuries, which are typical for the development of malignant tumors. Thus, the skeleton of a man who died at the age of about 30 years had traces of bone lesions on the right shoulder blade, humerus, hips and vertebrae, typical of metastatic carcinoma. Scientists believe that he suffered from testicular cancer. On the skull of a woman of 20 years of age, numerous lesions of various sizes were identified, which appeared, presumably, because of cervical cancer. Other cases included a woman of about 50 years of age who died from carcinoma; a man 50-60 years old with rectal cancer, a 3-5 year old child with acute leukemia (or, less likely, with neuroblastoma) and a young woman with cervical cancer.

According to researchers, the most correct indicator for comparing prevalence of malignant diseases in the past and currently is the risk of cancer during a person’s life (lifetime cancer risk, LTCR). In modern Western countries, it is approximately 50 percent (500 out of 1,000), and the risk of death from this disease is 25 percent. This estimate is based on the total number of new cases of malignant tumors occurring during the year, as well as mortality. In ancient Dakhla, LTCR was 0.5 percent (5 people out of 1000). At the same time, this statistics does not take into account neoplasms that do not affect the bones.

Nevertheless, scientists are inclined to believe that the environment in the modern world is more carcinogenic than in antiquity. Factors contributing to the disease include smoking tobacco, drinking alcohol, a high content of carbohydrates and fats, and contaminated air.