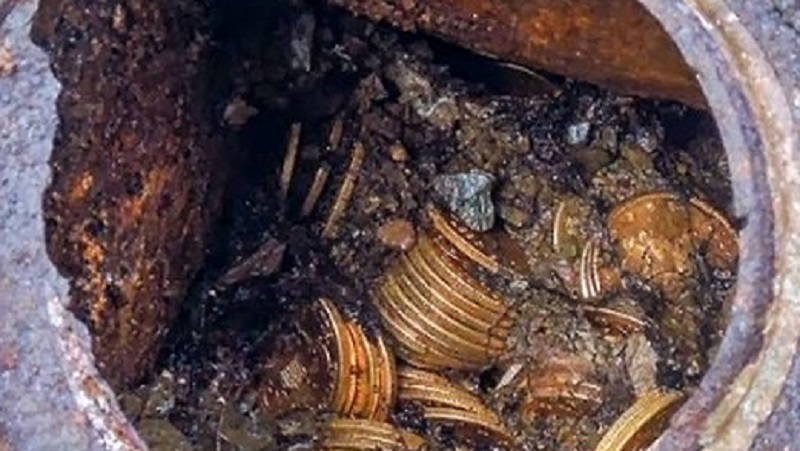 We are talking about almost 70 coins of the era of the reign of Justinian I and Justin II.

They were discovered in the province of Canakkale in the north-west of the country near the temple of Apollo Sinteus in Antique Troy, which is included in the UNESCO World Heritage List.

Experts called this find a treasure of the Byzantine period. The treasure once hidden and discovered now is priceless, and after restoration the banknotes will be displayed in full at the Troy Museum, archaeologists say.