Ancient volcano Amy-Kusi in a photo from space 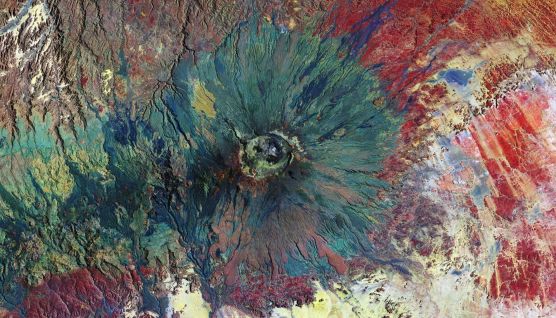 The European Space Agency (ESA) published a photo of the volcano Emi-Kusi, located on the territory of the Republic of Chad in Central Africa. The volcano has long since died out and people do not know when the last time there was an eruption.

In fact, the Emi-Kusi volcano and the area around it does not look multicolored. With the help of photo processing, scientists show different soils. For example, the green around the mouth of the volcano is the old lava, and the red and yellow flowers show a sandstone. 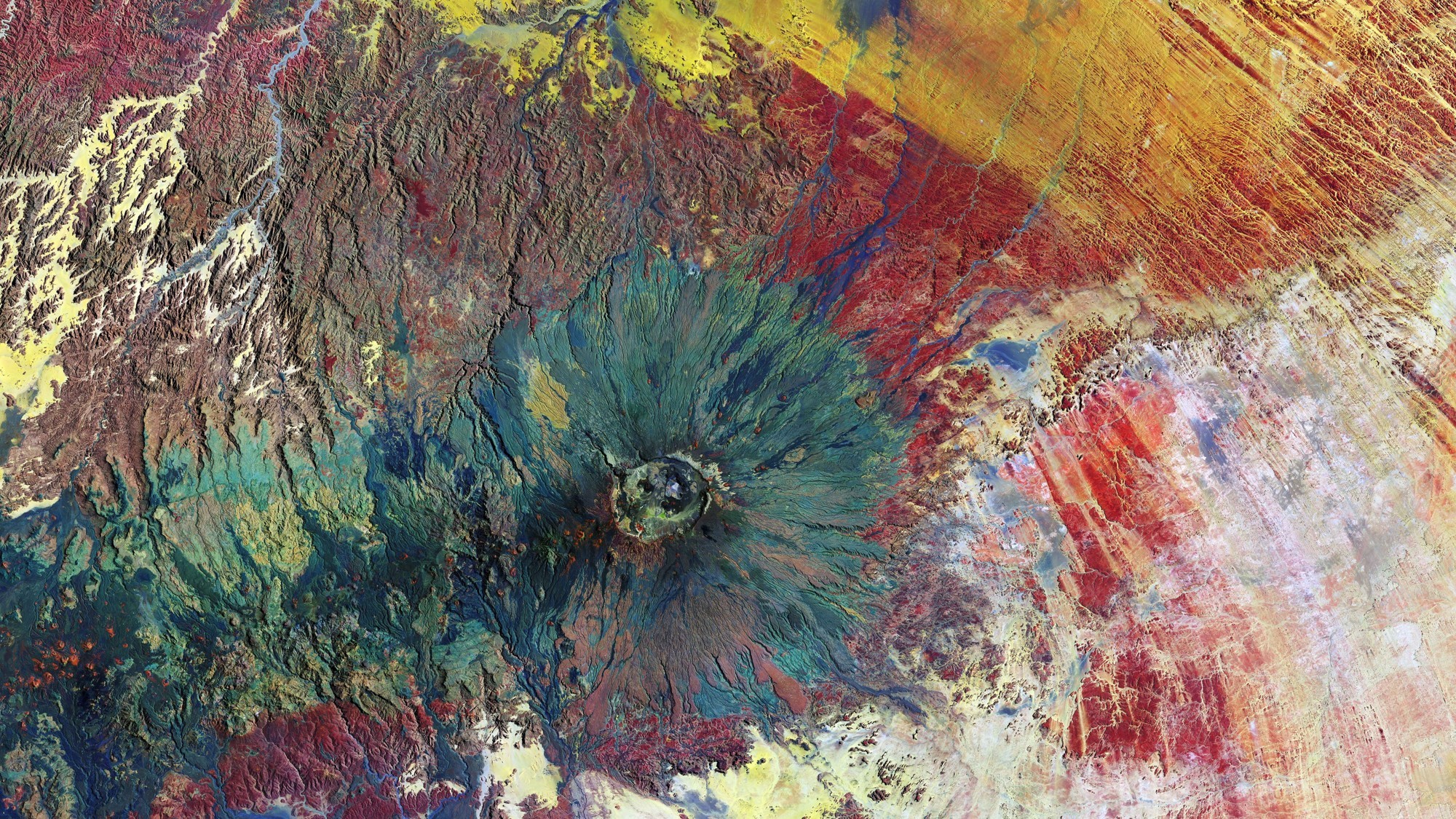 Photo made satellite Sentinel-2B within the project Copernicus. Within the framework of the mission, scientists are exploring the process of changing the Earth, creating yield forecasts and helping to carry out operations to eliminate the consequences of natural disasters. The satellite Sentinel-2B was launched into orbit as recently as March 7, 2017.