Ancient women in South America hunted as often as men 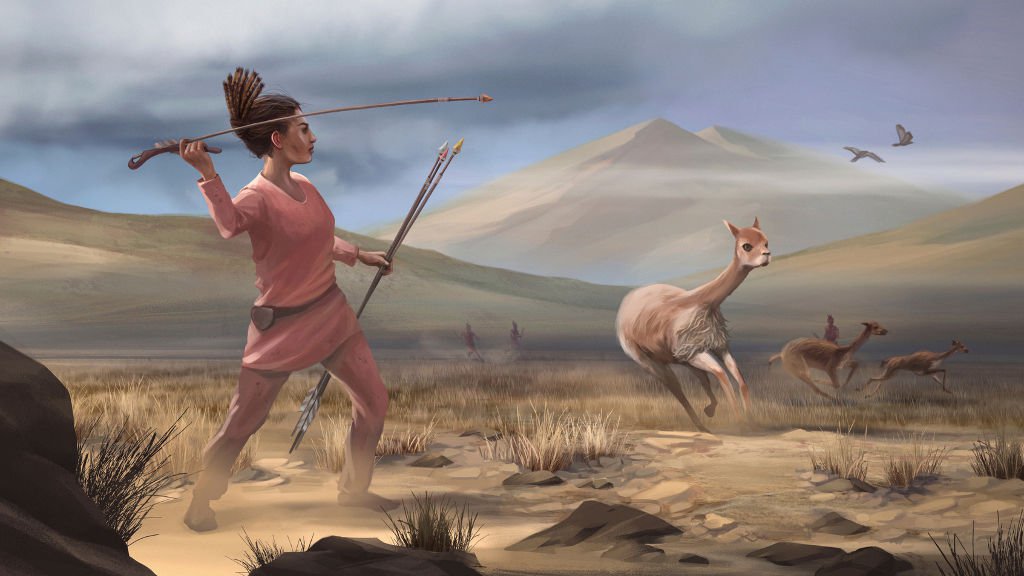 This is in stark contrast to the notion that while the men were hunting big game, the women were gathering herbs and plants.

A recent discovery of a 9,000-year-old burial of a female hunter in Peru and an analysis of the burials of other hunters suggests that women in ancient America hunted big game as often as men.

“These results underscore the idea that gender roles that we take for granted in today’s society – or that many take for granted – may not be as natural as some might think.” – Randy Haas, assistant professor of anthropology at University of California, Davis.

In 2013, Haas was working on excavations in the Andes when a local resident of the neighboring southern Peruvian community, Mulla Fasiri, reported that hundreds of scattered ancient stone tools were found nearby. Five years later, after receiving funding and in collaboration with local residents, Haas and his team began excavations at the site, which became known as Wilamaya Patjxa.

In 2018, researchers discovered six human burials at the site. Two of them also contained hunting tools, but one of the graves attracted special attention of scientists.

“In the sixth burial, about 9,000 years old, we found a really rich collection of artifacts, including a sharp-tipped hunting toolbox.” – Randy Haas

Researchers decided that the grave belonged to a person who enjoyed special respect in society and “must have been a great hunter.” According to the development of the teeth, scientists were able to determine that this hunter died at the age of 17 to 19 years.

James Watson, associate professor of anthropology at the University of Arizona and co-author of the study, was the first to suggest that this is not a man at all. A detailed analysis of the proteins in the young hunter’s teeth confirmed that it was a woman.

The researchers set out to find out if this finding was exceptional, or if this discovery leads to an understanding of the broader pattern of behavior of ancient Americans.

After examining data on other hunter-gatherer burials from the Late Pleistocene (ended about 11,700 years ago) and the early Holocene (started about 12,000-11,500 years ago), the team found information on 107 ancient burials that contained 429 skeletons. Of these, 27 were buried with big game implements and 11 were women. Further statistical analysis showed that between 30 and 50 percent of the hunters in these populations were women.

“In many cultures, there was no – and still is not – the gender binarity that dominates our modern Western culture. When we step back from our own gender bias, we can explore data that is probably more culturally accurate, ”said Marine Pillaud, assistant professor of anthropology at the University of Nevada, in a review of the study.