Animals in Kamchatka could die due to natural emissions 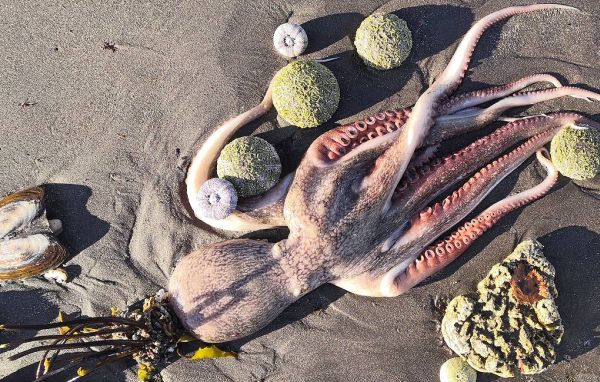 Analysis of images of Russian and European spacecraft shows that the mass death of animals in the area of ​​Khalaktyrsky beach in Kamchatka could have been caused by natural causes – emissions of substances from the ocean floor and from the slopes of Kozelsky volcano along the Nalycheva River. A source familiar with the situation told TASS.

“We analyzed a series of satellite images of the Pacific coast and water area in the area of ​​Khalaktyrsky beach, taken from several Russian and European spacecraft in the period from August 25 to September 25. A combination of factors is considered as a possible cause of the ecological catastrophe in Kamchatka: first, the increased release of materials from the Kozelsky volcano area along the Nalycheva River, and secondly, the release of substances from the ocean floor in Avacha Bay, “the agency’s interlocutor said.

He specified that the peak of the transfer of unidentified substances from the slopes of the volcano by the Nalychev River to the water area of ​​the bay was recorded by satellites on September 9. A few days earlier, on September 5, a series of underwater earthquakes with a maximum magnitude of 4.7 occurred in the peninsula region. “It is assumed that the earthquakes triggered the transfer of materials by the river from the side of the volcano,” the source added.

He clarified that “the areas with large underwater spots, seen in the Sentinel images from September 1 to 11 in Avacha Bay, are located in an elongated group almost on the same line, which may indicate the presence of an underwater crack in the Earth’s crust, which led to the release into the water waters of some substances “.

The source also said that satellite imagery of the gulf surface in the area of ​​Khalaktyr beach in the radar spectrum shows the absence of any oil spills on the water surface for the entire observation period. “Thus, the increased content of oil and phenol detected earlier in water samples is most likely a concomitant, but not a critical factor, and has nothing to do with the death of animals,” the source explained.