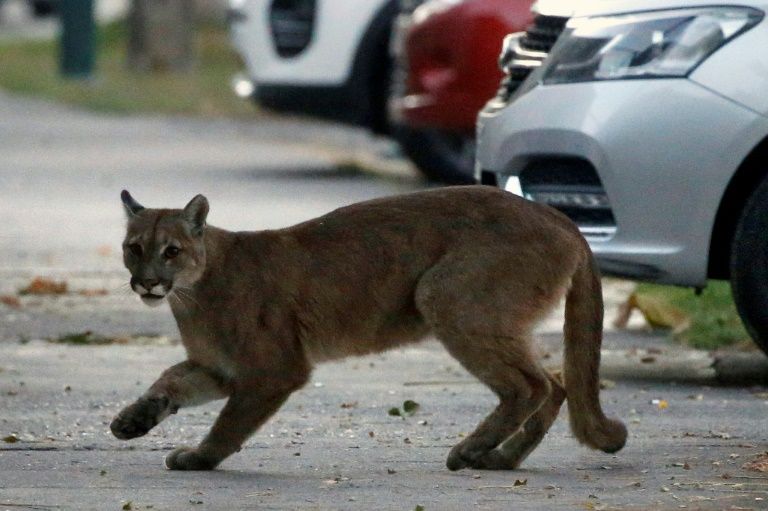 Cougars, deer, wild boars, wild turkeys, crazy monkeys and even dolphins … As people retreat to their homes and more and more countries become self-insulated, wild animals come out of hiding places to explore the empty streets of major cities.

Nature takes away the empty streets of the cities of the world and this happens not only in Venice!

Wild boars descended from the hills around Barcelona, ​​while sika deer sniff their way around the deserted metro stations Nara, Japan.

Indian social networks have been wildly delighted with the shots of a deer running through Dehradun, the capital of the northern state of Uttarakhand.

A herd of goats captured the deserted streets of Llandudno, North Wales, where residents are isolated during the coronavirus pandemic.

Gangs of wild turkeys paced the streets of Auckland, California, while the cougar was in the center of the Chilean capital Santiago, which is under curfew.

“This is the habitat that they once had and which we took from them,” said Marcelo Gagnoni, head of the Chilean Agriculture and Livestock Service, which helped police catch a curious big cat.

Foxes were at the forefront of new urban explorers. “They change their behavior very quickly.” When the house becomes quiet, they immediately find themselves inside. ”

Animals and birds that usually live in city parks, such as sparrows and pigeons, are also more likely to go beyond their usual territories, said Dzhulliard, “freeing up space for other animals.”

While bird choirs at dawn and sunset brought comfort to many city residents who were blocked in their homes, museum acoustics specialist Jerome Suer said this does not mean that there are more city birds than before.

Moreover, with reduced road noise, we can hear them better. Some, however, “stop singing when there is noise, so now they sing more freely“

“Animals get rid of human noise pollution,” said Suer. And this was the best time for them to start their mating season.

Love is in the air.

Since the hunting season is suspended in several European countries, it promises to be spring and, possibly, summer of love in the animal kingdom.

This is certainly great news for species such as common toad and spotted salamander. Amphibians in love were spared the “risk of crossing busy roads” in their haste to find a mate, said Jean-Noel Riffel of the French Biodiversity Authority (OFB).

With few walking dogs to disturb them, calves also get an idyllic start to life, while birds such as the Mediterranean gulls that nest along the sandy banks of the rivers remain untouched.

With a view of the Mediterranean Sea near the second city of France, Marseille, in the Kalanca National Park, wildlife “is recovering its natural habitat at an amazing rate,” said Didier Reo, president of the park.

Flowers and plants too

And the same goes for plants. Wild orchids — which are supposed to be protected — are often picked by people when they bloom in late April and May, Riffel said. This year they will be spared from this fate.

And in cities and suburbs, mowed lawns will become a source of “generosity for bees, bumblebees and butterflies,” added Juliard.

But for him, the biggest change is the effect it has on people. “Perhaps the most important phenomenon is a change in our relationship with nature, when people locked in their homes realize how much they miss nature,” he said.

British ornithologist David Lindo, who is known as the “City Birds”, watches birds from the roof of a building in Spain, where he was quarantined.

“The sky is a great arena, everything can fly by and at least it will give you peace. My message is simple: keep looking up,” he told his newfound followers.

However, there are also downsides to blocking people for nature.

Work to limit invasive species has been virtually halted, Loik Obled of OFB warned, as well as to help endangered species.

And when the lock finally ends, Riffel warned that “people will need nature, and there is a risk of too many visitors (to natural parks), which will not be good for flora and fauna.”

Natural respite from a person can be quite short-lived. But plants and animals should enjoy this liberation from the yoke of humanity as long as they have such an opportunity …