Animals shift to nightlife to avoid contact with humans 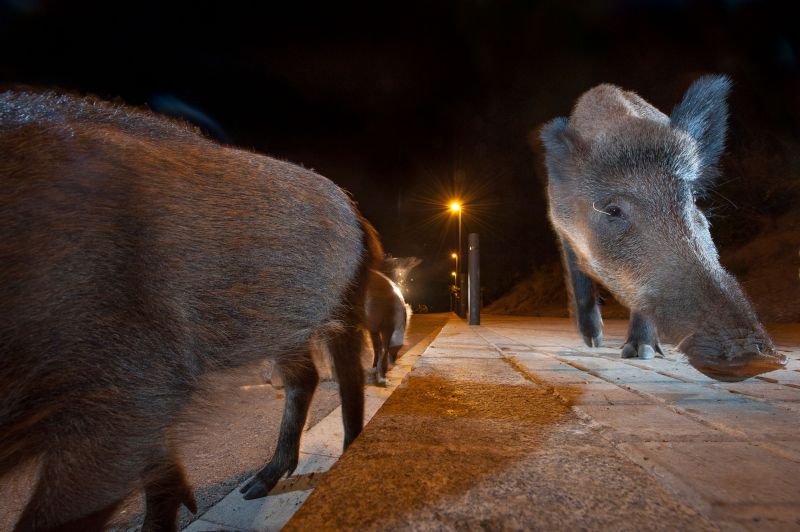 Mammals living in regions with a noticeable presence of people, shift their activity to the dark time of the day – even if they used to lead a completely daily life.

People confidently dominate the Earth, putting many other species on the verge of extinction. Some animals are directly destroyed, others lose their habitats and food. Many are hiding in increasingly difficult places, avoiding contact with a person, but every year it becomes increasingly difficult. In an article published in the journal Science, American scientists have uncovered a different strategy, which many mammals resort to: a shift to a nocturnal lifestyle.

Kaitlyn Gaynor and her colleagues conducted a meta-analysis of 76 previous works, the authors of which examined the daily activity of 62 mammals of medium and large sizes living on all continents, from American opossums to African elephants. Scientists compared this activity in regions with a high human presence (be it hunting, agriculture or developed tourism) and low, where the conditions are still almost intact.

The analysis showed that in males engaged in human activity mammalian activity averaged 1.36 times at night. In other words, if, for example, some animals in natural conditions divided their time between night and day in half, 50/50, then with the presence of people this ratio turns into 32/68, and this shift is most noticeable for mammals, which at night usually sleep. Thus, for leopards in Central Africa living in unoccupied areas, night activity accounts for only 46 percent of the time, while those living in neighborhoods with people account for 93 percent. In wild boars in Poland, these figures vary from 48 percent in deaf forests and up to 90 percent of nightlife in populated areas.

Scientists say that the shift to nightlife is affected even by those human activities that we are accustomed to consider “environmentally friendly” and harmless, such as tourism or wildlife observation. An example of this is Alaska, where brown bears, living in unvisited parts of national parks, show activity at night only 33 percent of their time, and in the part chosen by the public, 76 percent.

The authors do not assess the possible consequences of these lifestyle changes, but on the whole, it is hardly worth waiting for something good. Day and night ecosystems vary considerably in composition and nature, and the time shift can be compared to the change in habitat. Other relationships of predators and victims, other living conditions – invading night ecosystems, new and large mammals change their internal balance of relationships. However, all this remains to be seen and, if not stopped, at least as it should be investigated.