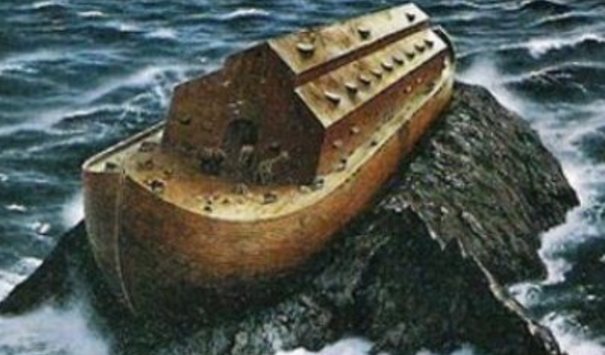 A group of evangelical Christian researchers back in 2010 claimed to have found traces of the biblical ark on Mount Ararat in Turkey. Experts in these statements categorically doubted, until 2017 came.

Prof. Raul Esperante of the Geoscience Research Institute announced that he has new evidence of the location of Noah’s Ark.

The institute in which the professor works is sponsored by the Seventh-day Adventist Church, so opening, if it happens, will be a breakthrough for this organization. Therefore, the expedition, conceived by Raul Esperante, expects serious financial support.

The professor relies on the history of 2010, when a group of Chinese and Turkish researchers studied the summit of Mount Ararat. They analyzed the soil samples and found coal belonging to wood aged 4,800 years – just about the estimated time of the ark floating on the flooded land.

Esperante is convinced that the data are “promising”, but require more rigorous and verified scientific work in this area. For the sake of the great cause, the professor called for the participation of international investors.

Nicholas Purcell, a professor of ancient history at Oxford University, calls for common sense: “If the floods covered Eurasia, how did the complex societies of Egypt and Mesopotamia survive this disaster?”

Dr. Oktay Beylli from the University of Istanbul believes that the flood and Noah’s Ark are “not a myth, but the true event mentioned in all the scriptures.”

According to the Bible, Noah built the ark at the command of God, to save from the penalty of the Lord his family and all animals (each creature in pairs). The vessel had the following dimensions: 133.5 m in length, 22.5 m in width and 13.3 m in height. A large-scale voyage of the Ark was completed on Mount Ararat. Since that time, various expeditions have worked on its summit, trying to find a legendary vessel.

Another potential location of the ark is Tendurek, a place about 30 km south of Ararat.