Another iceberg has broken off from Pine Island 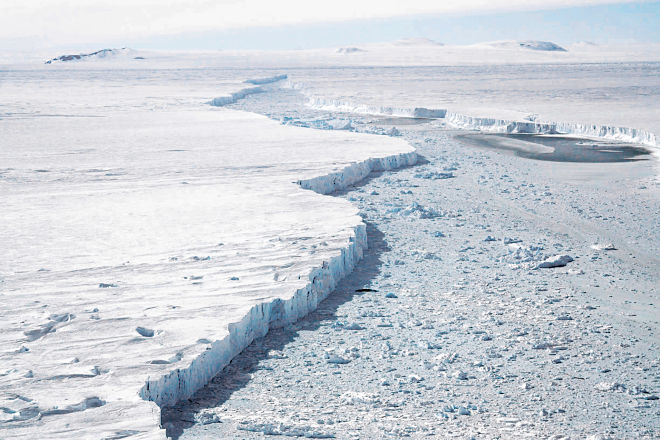 Pine Island Glacier in West Antarctica is known to be the source of icebergs in the Amundsen Sea. The last spall occurred at the end of October, when the satellite Sentinel-1 observed about 300 square kilometers of ice moving away from the glacier. The size of the largest iceberg, called B-46, was 226 square kilometers.

The above image was taken on November 7 with the help of the tool OLI on the Landsat 8 satellite. For comparison, the second picture of OLI shows the same area on September 17, before the rift spread over the glacier and spawned icebergs. 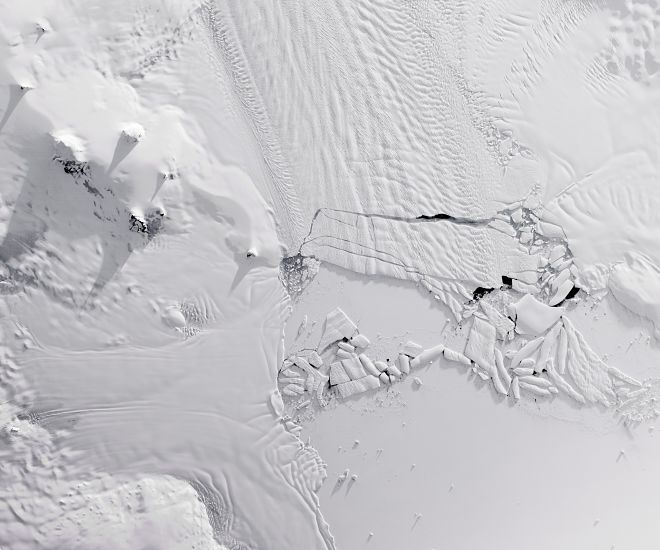 By November 7, several pieces had already separated from B-46 and reduced its size to 185 square kilometers – still sufficient to be tracked by the US National Ice Center. The edges of icebergs are high enough, and the light from the sun falls in such a way that dramatic shadows appear on the sea ice.

Pine Island Glacier consists of ice that formed on land as part of the West Antarctic Ice Sheet. Areas of open water, or polynyas, are visible as dark areas in the left image. It is here that the accumulation of relatively warm water prevents the formation of sea ice. 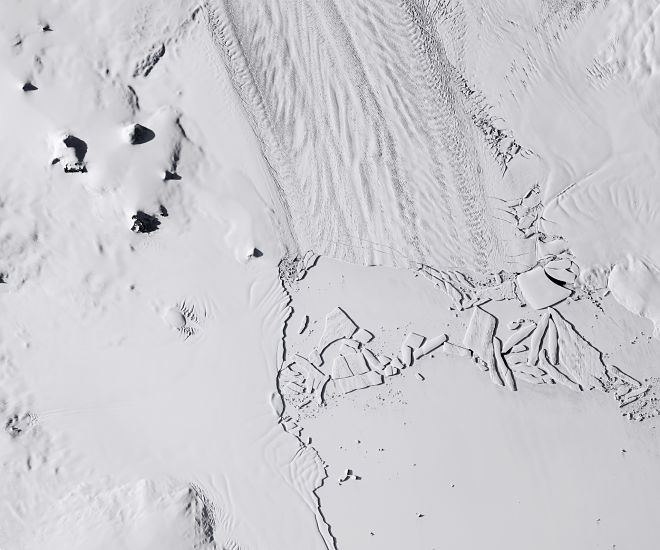 Breakaway B-46 is the latest in a series of almost annual events. Previously, splinters occurred in 2013, 2015, 2017 and 2018. Until 2013, such events occurred approximately every 6 years. According to Joe McGregor, NASA’s glabiologist and scientist at the IceBridge project, the change in the frequency of iceberg spalling is probably due to the thinning of the ice shelf. Given the thinning, retreat and contribution of the Pine Island Glacier to rising sea levels, scientists are closely watching it. Operation IceBridge regularly surveys the glacier during its annual mission to the continent.