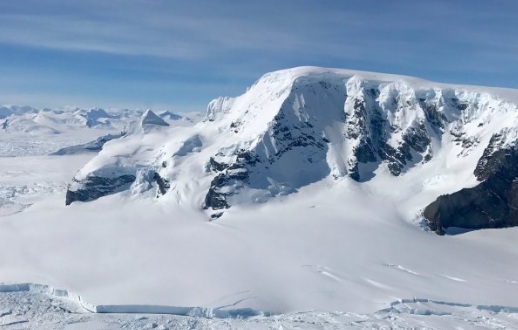 Scientists at the University of Aix-Marseille in France found that the ice sheets of Antarctica emit radioactive chlorine accumulated from nuclear weapons tests in the 1950s.

Researchers studied chlorine emissions in various places of Antarctica, which differ from each other in the amount of precipitation. Experts analyzed ice samples from a well near the Russian Vostok station in East Antarctica, where little snow accumulated, and compared them with samples from the ice cap Dome Talos, located 1,400 kilometers and characterized by heavy snowfall.
Scientists determined the concentration of radioactive chlorine-36 in both sites and found out how many isotopes were present in Vostok in 1949-2007 and in the Talos Dome in 1910-1980. It turned out that in the first section, chlorine-36 is still present in high concentrations, and in 2008 its amount exceeded the expected 10 times. At the same time, it is too small to have a significant impact on the environment, experts say.

A certain amount of chlorine-36 is formed naturally due to the action of cosmic rays on argon gas in the Earth’s atmosphere, but it also forms during nuclear explosions. The isotope reached the stratosphere and spread throughout the planet, but now chlorine-36, which has arisen due to tests, is absent in the atmosphere.