Antarctic microorganisms revealed the secret of the origin of viruses 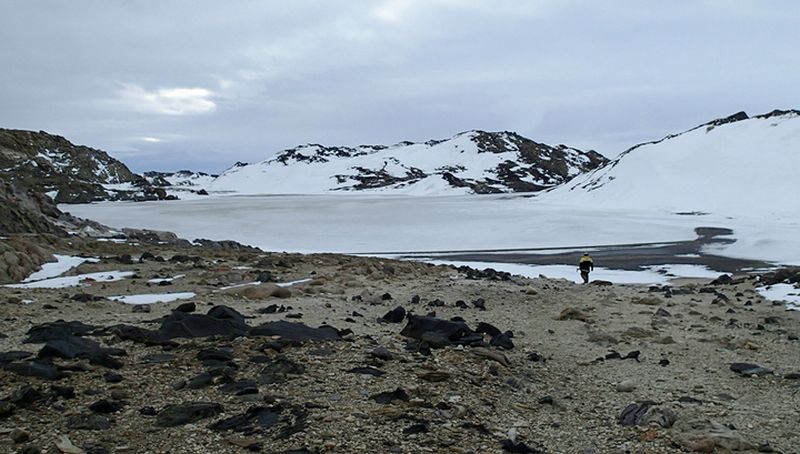 Researchers from the University of New South Wales (Australia), studying microorganisms in one of the saltiest lakes in Antarctica, made the discovery, probably explaining one of the biggest mysteries in evolution: the origin of viruses.

Viruses, recall, do not look like other forms of life. The virus itself is an infectious agent – a small fragment of genetic material encased in a protein envelope called capsid. Viruses can only be reproduced within living cells and different types can affect all kinds of organisms – from plants and animals to bacteria.

If it gets into a living cell, the virus forces it to make copies of itself, as it multiplies in the body of its carrier. The nature of viruses scientists have been studying for many years, but until now it was not clear their origin.

A new study by the Australian team clarifies this issue. During the course of the work, scientists sampled water in remote areas of Antarctica for 18 months, and then carried out an analysis of microorganisms, including those that can survive in extreme cold.

Unexpectedly, experts discovered Antarctic saline-loving unicellular – haloarchaea. The species was named Halorubrum lacusprofundi R1S1. They are interesting in that they contain a special kind of plasmids – they are small DNA molecules that can spontaneously replicate in the host cell and that often contain genes useful to the body (although they are not part of the main genome).

The plasmids found, called pR1SE, showed unusual behavior. It turned out that the genes they contain allow them to create around themselves vesicles – lipid membrane-protected bags (it was for their study that the researchers were awarded the Nobel Prize in Physiology or Medicine in 2013). In other words, pR1SE acts like viruses.

Moreover, these plasmids, just like viruses, are “hunting”. They infect the microorganism: they produce proteins that enter the host membrane and digest it, and then leave the plasmid DNA in the cell. After the plasmids are sent in search of a new owner.

Curiously, with such a behavioral similarity with pR1SE viruses, genes that occur exclusively among plasmids and carry viruses have no relation.

This observation allowed researchers to assume that viruses could develop from plasmids, such as pR1SE, by acquiring genes from their host. These genes helped the viruses create a stronger protein shell instead of a soft vesicle (by the way, some viruses have both kinds of shells at once).

“This is the first time that a similar mechanism has been documented,” said lead author Susanne Erdmann. In her opinion, the vesicles created by plasmids pR1SE may be the evolutionary precursors of some of the more structured protective coatings “developed” by viruses, the coatings that have made them the most successful invaders. 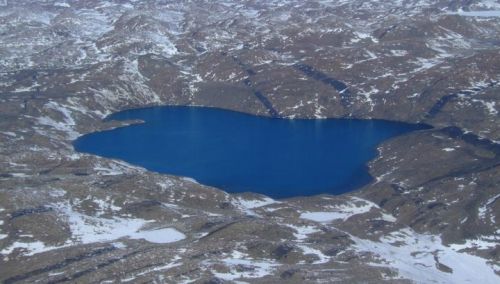 Researchers, recall, there are three main hypotheses of the origin of viruses: a regressive hypothesis (some cells regressed into simpler forms), a hypothesis of cellular origin (viruses could emerge from DNA or RNA fragments that were “released” from the genome of a larger organism) and the coevolution hypothesis (Viruses originated from complex complexes of proteins and nucleic acids at the same time as the first living cells).

A study of Australian scientists adds one more reason in favor of the second hypothesis, experts believe. Most likely, the viruses “escaped” from the first cells that existed on our planet.

We add that the haloarchae, whose plasmids became the subject of study, were found in the Glubokoye lake at a height of 36 meters. This reservoir separated from the ocean about 3,500 thousand years ago, as a result of which ocean water remained in it, which with the evaporation of some moisture has become so salty that it does not freeze even at minus 20 degrees Celsius. The lake is located 50 meters below sea level. Earlier in the same lake, microbes-extremals were discovered that exchange DNA in order to survive.

Scientific article on the results of the study is published in the publication Nature Microbiology.

By the way, earlier scientists discovered one and a half thousand unknown to science viruses, which for billions of years were transferred by invertebrates.