Antarctica began to melt in the 1960-ies 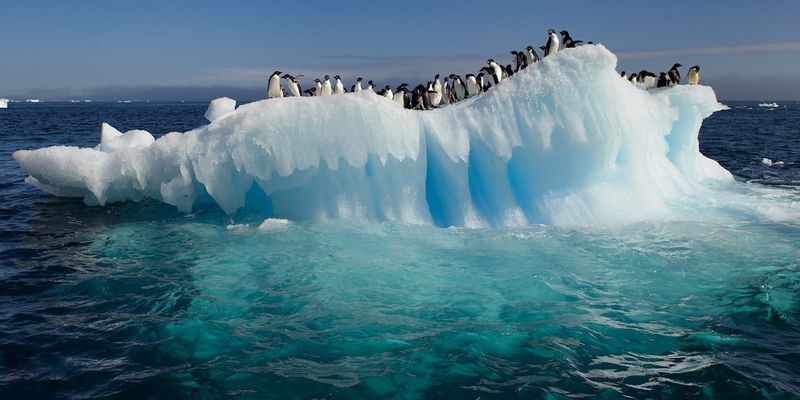 When a huge chunk of ice shelf of Antarctica broke up into small pieces in a matter of days, the whole world gasped. Guilty the collapse of the glacier “Larsen B” acknowledged global warming, which is rapidly melted the millennial ice.

But the analysis of the declassified images from spy satellites of the XX century showed that the destabilization of the ice shelf “Larsen B on the Antarctic Peninsula was observed in the 1960-ies, reports “daily mail”.
Researchers who studied the pictures sure that the movement of the ice shelf started to accelerate in the 1960s and 1970s, and by the end of the 1980s was 20% faster than in previous decades. This means that the temperature increase in the region influenced the movement of large ice sheets long before the problem has attracted the world’s attention.

The collapse of the ice shelf “Larsen B on the Eastern side of the Antarctic Peninsula in 2002 was a fault of the piece of ice with a volume of 3200 sq km for thousands of icebergs in just 35 days.

It is believed that the “Larsen B was stable for 12 thousand years, but quickly collapsed due to global warming. Earlier studies suggested that the ice shelf began to melt only for a few years, broke up into pieces in 2002. It was assumed that the increase in summer temperatures accelerated the flow of water in cracks, which then froze and broke the shelf into pieces. However, satellite pictures showed that the acceleration of the flow of ice in the Larsen B occurred from changes in the properties of the ice. The melting ice made flexible, causing it to expand farther out to sea.

Scientists fear for the remainder of the ice shelf “Larsen B,” an area of 1618 sq. km and a huge ice shelf “Larsen C”, which is to the South.
A recent study showed that the opposite side of the Antarctic Peninsula lost more than 1,000 square kilometres of ice (which equals half of the area of Moscow) for the last 40 years.

However, in all other parts of the Antarctica ice cap is growing. Satellite data indicate that from 1992 to 2001 the continent was added to 112 billion tons of ice.