Anthropologists have figured out how Neanderthals hunted 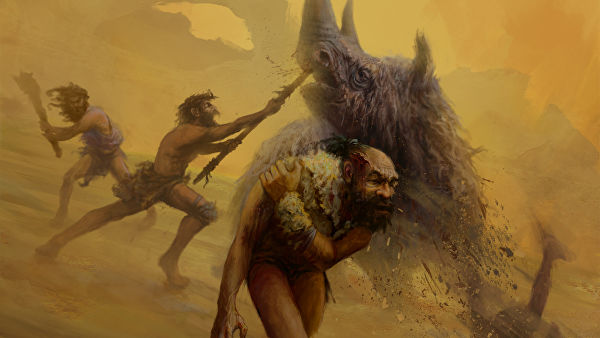 Professional spear throwers helped scientists prove that the ancient Neanderthal spears, found two decades ago in Germany, could easily kill medium-sized animals. The results of their “field tests” were presented in the journal Scientific Reports.

“The appearance of specialized weapons is one of the most important milestones in human evolution, about which we know almost nothing. Therefore, the discovery of when we learned to kill victims and enemies from a long distance is extremely important for understanding our own history,” said Matt Pope (Matt Pope) from University College London (UK).

The numerous tools and artifacts found at the sites of Homo neanderthalensis in Russia, Croatia, Spain and Germany indicate that these ancient people hunted for themselves by hunting for various large animals.

Most anthropologists believe, relying on a large number of injuries on the bones of Neanderthals, as well as characteristic traces of spears and chopping on the bones of their victims, that the “cousins” of modern man preferred to fight in “hand-to-hand combat”, like Scandinavian berserks, using spears and axes and refusing to kill prey or enemies from afar.

In part, these ideas were connected with the fact that the hands of Neanderthals were less dexterous than those of Cro-Magnon men. Recently, anthropologists have found out that this was not the case – the ancient aborigines of Europe could create “advanced tools” and shoot at the bow no worse than our ancestors.

Such discoveries, as Pope notes, made him think about the purpose of the most ancient “murder tools”, ten wooden copies found at one of the Neanderthal sites in central Germany in 1994.

Their discovery for the first time made scientists think about how advanced the ancient people were, and also served as the beginning of fierce debates about their origin. The fact is that these artifacts were very similar in their structure and size to modern sports throwing spears, which was not combined with the notion that Neanderthals got food in “hand-to-hand combat”.

Pope and his colleagues made exact copies of these tools, using the same Norwegian breeds of spruce as the ancient people. They tested them in practice, having assembled a team of six young professional spear throwers. They asked athletes to throw these spears with the greatest possible force into special targets, equipped with pressure sensors and impact forces.

As these experiments showed, volunteers hit targets located at a distance of 10–20 meters, quite often, despite the large mass of the spear and its poor quality compared to sports equipment. In most cases, it hit the target with a sharp end, and only in a few cases did it turn over during the flight and fall flat.

On average, hitting a similar spear into a body would be comparable in strength to a blow from a baseball bat or a bullet fired from a small-caliber pistol with a low-power cartridge. This, according to scientists, would be enough to kill an animal of small or medium size.

All this, according to Pope, suggests that Neanderthals hunted from afar, throwing similar spears or using other throwing tools. Their creation and use was impossible without “advanced” intellectual abilities, which once again casts doubt on the myth of the low level of intelligence of the first inhabitants of Europe.