Anti-matter is the mirror copy of usual matter 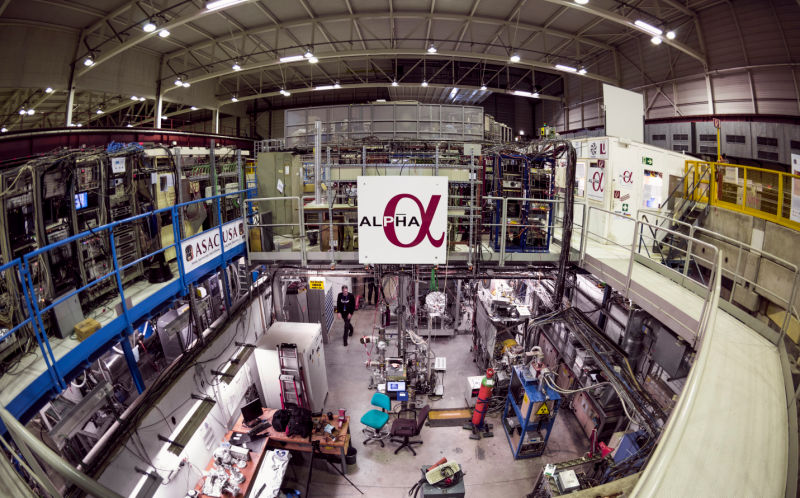 Scientists learned the other day very interesting thing about anti-matter. It agrees all information which is available at the moment, anti-matter looks as the exact mirror copy of the most normal matter. But what it generally means?

Antiparticles exist actually. For example, the same positrons can arise in one of types of radioactive decay. The earth often is exposed to bombing of the antiparticles arising outside Solar system in case of a fate of space radiation.

Within the same experiment of ALPHA (Antihydrogen Laser Physics Apparatus) in ЦЕРНе (the laboratory with the huge circle charged particle accelerator 26 659 meters long located in Geneva) anti-hydrogen particles are created and captured.

In essence anti-hydrogen is new level for anti-matter and represents the connected status of an anti-proton and a positron similar to how the electron is connected to a proton in normal hydrogen. For one start of ALPHA scientists create and catch about 14 atoms of anti-hydrogen and blow up them the high-power laser. Atom of anti-hydrogen absorbs light of a ray of the laser and makes the special “tinted” photon – one of the same particles of light which would be “spat out” by atom of normal hydrogen in case of similar response.

According to the results published the other day in Nature log, physics for the first time could measure a spectral series of anti-hydrogen. According to Tim Tarp, professor from University Markett in Wisconsin (USA) participating in ALPHA experiment, this opening is very important for science, but, unfortunately, doesn’t resolve the available issues.
“Long ago it was read that anti-matter is exact reflection of matter, and we at last obtained the evidence confirming it” — Tarp says.

“A spectral series of hydrogen is very various therefore scientific ALPHA should tinker still to compare to it all spectral lines of anti-hydrogen, but the first results already please” — Tarp continues.

“The volume of anti-matter not only involved in these experiments, but also in general created for all history of mankind is so small that doesn’t constitute danger to anybody”.