Antibiotics cause seizures in an inexplicable way 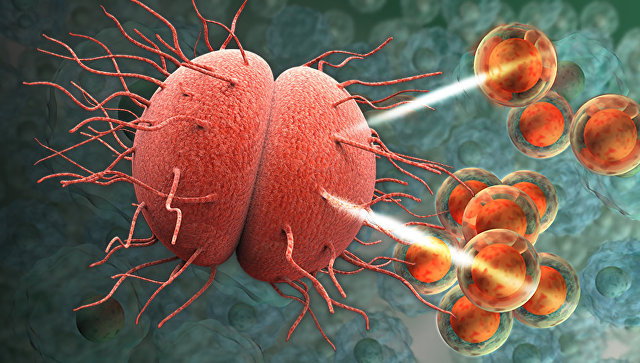 Attacks of epilepsy, caused by some antibiotics of “last hope”, were not related to the fact that they can disrupt the work of inhibitory receptors in the brain, scientists say.

“It is possible that in the future we will be able to determine any previously unknown factor leading to the development of seizures due to the reception of cephalosporins.We hope that our developments will allow us to better understand the mechanisms of anomalous synchronization of neuronal activity during an epileptic attack caused by antibiotics,” said Dmitry Amahin from the Institute of Evolutionary Physiology and Biochemistry of the Russian Academy of Sciences in St. Petersburg.

Virtually all drugs, including the most powerful and effective antibiotics, have many side effects, some of which are life-threatening. For example, antibiotics from the class of cephalosporins can cause seizures and epileptic seizures, which scientists can not yet predict. Some of them persist even after the patient stops taking the medicine, which forces the doctors to seek an explanation for this phenomenon.

Today, most biologists believe that cephalosporins cause seizures, disrupting the work of so-called GABA neurons – a special group of nerve cells that react to gamma-aminobutyric acid molecules and “inhibit” the activity of other parts of the brain. As the researchers assumed, failures in their work can make the associated neurons more susceptible to epileptic activity.

Amahin and his colleagues checked whether this was actually the case, observing the activity of neurons in the sections of the temporal cortex of the rat brain, which they treated with solutions of the antibiotic and other substances. These experiments were conducted with the support of the Russian Science Foundation as part of the Presidential Program for Research Projects.

These experiments have unexpectedly shown that cephalosporins, despite having the ability to block GABA neurons, can not cause epileptic seizures in this way, since this will require a horse dose of these antibiotics. As shown by the experiments of Russian biologists, this requires an enormous number of their molecules, exceeding the typical concentrations of drugs in the blood or cerebrospinal fluid of patients approximately 100 times.

Accordingly, this suggests that cephalosporins cause seizures in some other way, by activating other chains of neurons or using disturbances in its work. For example, Amakhin and his colleagues noticed that the antibiotic acts much more strongly on the brain cells in those cases when the ion balance is disturbed. This is very well combined with the fact that epileptic seizures are more likely to affect people with kidney failure.

In the near future, scientists will conduct a new series of experiments, which, they hope, will help them to uncover the real mechanism of developing seizures and to understand whether it is possible to protect patients from the risk group from it.