Not far from Rome, Italian archaeologists have discovered a monumental basin complex that scientists have dated to the fourth century BC.

The find, according to La Repubblica, was made during the rescue archaeological work on an area of ​​20 thousand square meters in the area of ​​Malafeda to the Southwest of the Italian capital. The stone pool has impressive dimensions – it is 48 meters long and 12 meters wide. In addition, on this large area of ​​two hectares, according to the researchers, a clearly expressed stratification of buildings and structures has arisen with chronologically expanded finds over more than eight centuries of history.

So far, scientists cannot give an exact answer about the purpose of this pool. One of the hypotheses suggests that this is some kind of engineering structure for the technical use of water. Also, researchers do not abandon the idea that the pool served for some kind of ritual purposes. According to them, only after analyzing the material found at the bottom, it will be possible to try to find a clue to the Malafeda basin. Among the finds, a wooden fragment with an inscription in the Etruscan language stands out. According to archaeologists, such a discovery was a huge surprise, and Rome and its surroundings continue to discover its ancient history. 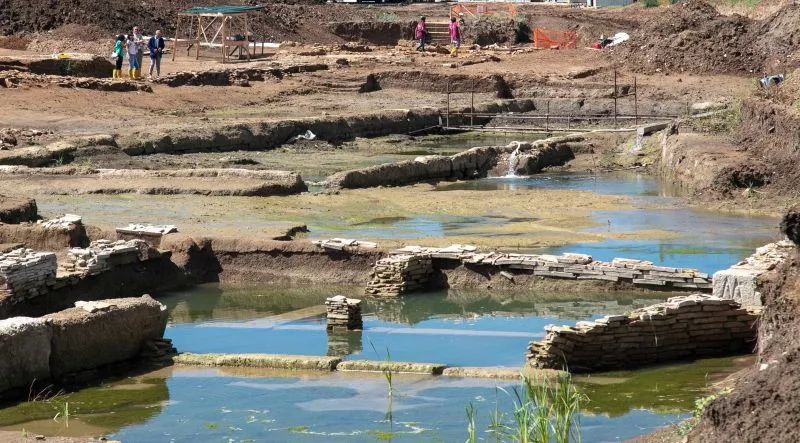 Not far from Rome, Italian archaeologists have discovered a monumental basin complex that scientists have dated to the fourth century BC.