Ants have a code of military fraternity 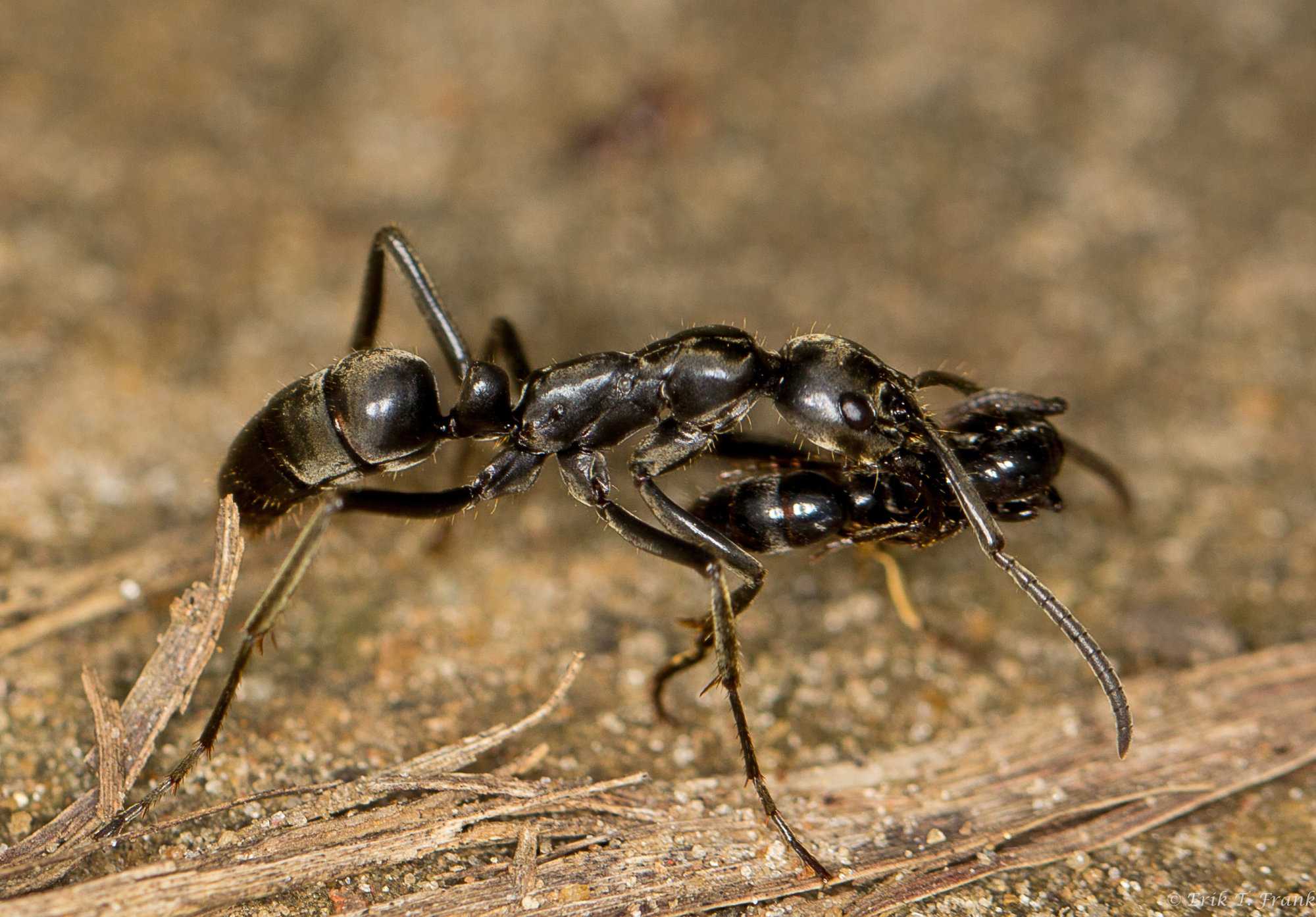 Large ants Megaponera analis live in the tropics and subtropics of Africa in colonies of 500-2000 individuals. These insects are active termite hunters, raiding for prey three to five times a day. At the first stage, scouts inspect the territory within a radius of 50 meters in search of active colonies, after which pheromones are laid from them “path” to the anthill. Focusing on the trail, a group of 200-500 soldiers are sent to termites, the functions of which are different: larger individuals destroy the walls of the mound and move food, and small ones make their way into the rift, kill and pull out the termites outward. To protect against raids, termite colonies also include a caste of insect soldiers with powerful jaws and a large, cornified head. Such an arsenal allows termites to injure or kill small ants.

The authors of the new work described the unusual behavior of M. analis during the raids: the soldiers “rescued” the traumatized relatives and evacuated them to an anthill. Earlier similar habits have already been observed in representatives of this species, however their mechanism and benefits for the colony remained unclear. To fill the gap, staff at the University of Würzburg studied 420 raids carried out by ants from 52 colonies in Côte d’Ivoire. According to the analysis, the evacuation of the wounded was carried out by predators on average after each raid. Every day, soldiers “rescued” 9-15 individuals, or 0.5-3 percent of the colony. At the same time, only ants with “light” wounds returned to the anthills: without visible injuries, without one or two legs and those with whom termite was seized – in this case the enemy was detached after returning to the anthill. 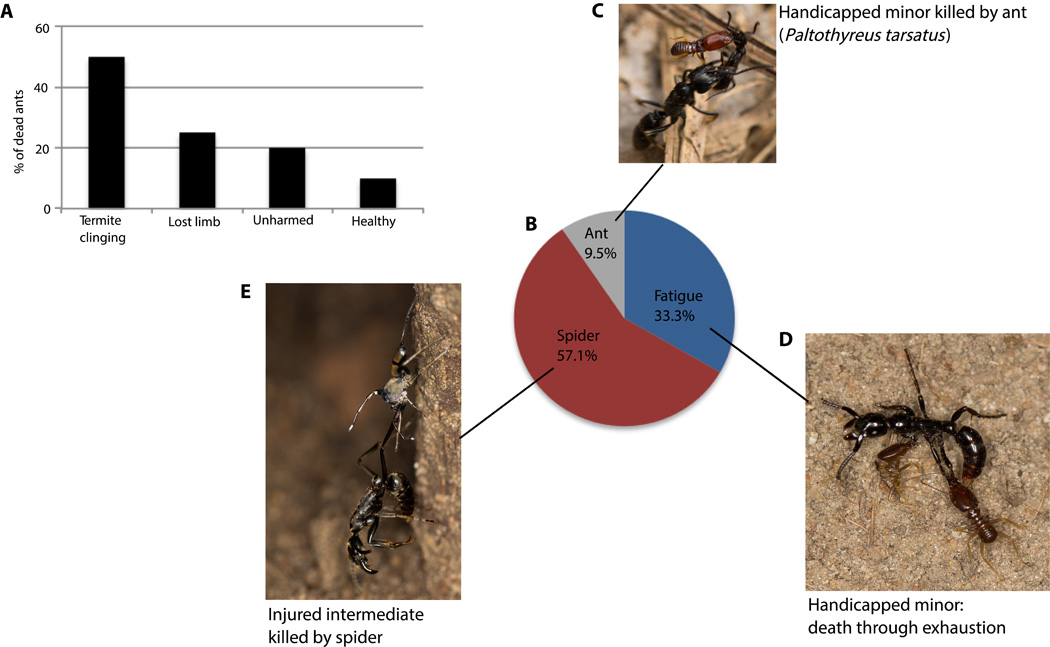 The prevalence of the reasons why wounded ants perished on their own return / © Erik Thomas Frank et al., Science Advances, 2017

The evacuation did not concern individuals with fatal injuries. It is noteworthy that healthy ants “saved” only members of their native nest, whereas on wounded individuals from other colonies, soldiers attacked to clear the way. Since in the wild, the affected ants did not return to the colony on their own, scientists modeled the opposite situation. In this case, about 30 percent of the wounded perished on the way back: they were killed by foragers of another predatory species or spiders, and they could also die from exhaustion. Healthy individuals died in such attacks in 10 percent of cases, and no attacks were carried out on a group of soldiers who evacuated the wounded. In 95 percent of the cases, the “saved” ants then continued to participate in the raids: even with the loss of two legs, the speed of the victims increased by 30 percentage points within a day.

In the last experiment, the authors found out how the ants recognize the presence of the wounded, who need evacuation. It is known that in the mouth apparatus of these insects there is an iron that is capable of producing volatile substances with an unpleasant smell – dimethyl disulphide and dimethyl trisulphide. After these compounds were applied to healthy ants, the relatives sent “rescue” behavior to them. According to researchers, this is the first recorded case of similar behavior in invertebrates.