Ants it is much cleverer, than we think 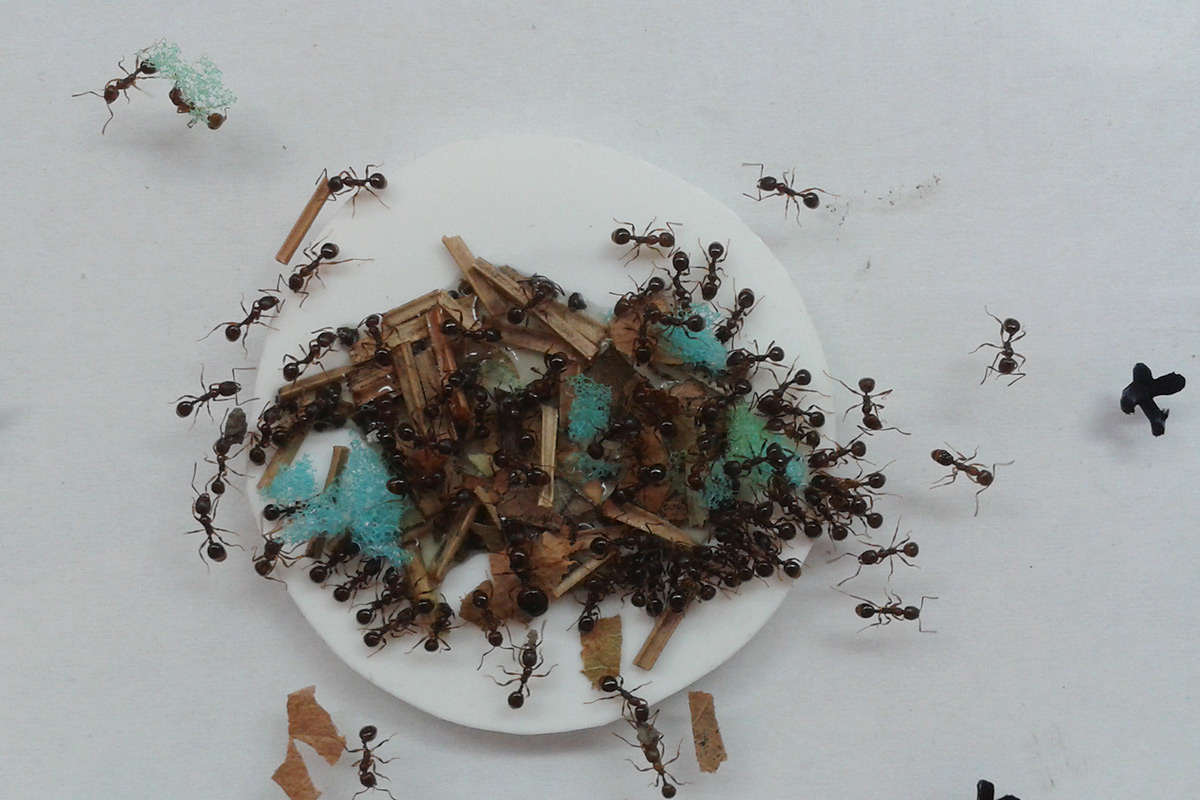 We know that ants — quite unusual insects having a particular sort collective intelligence. But there are individual individuals too are capable of extremely uncommon acts testifying to considerable mind.

Ishvtan Maak from the Hungarian university of Szeged together with team предложилидвум to types two to species of small ants from the sort Aphaenogaster liquid, watered and honey, together with a number of tools by means of which ants could transfer this liquid to themselves to a nest.

Ants began to experiment with tools and chose those which was to bear the easiest and which absorbed most of all liquid. They took sponges or paper though neither that, nor another in their ant hills never was. It assumes that ants can take into consideration character both material, and liquid and also that they can quickly study use of new tools.

Some species of ants are known that they use tools, but this experiment for the first time showed that these insects are capable to choose the most suitable tool quickly.

Different tools as natural origin, like sticks, fir-tree needles and grains of sand, and simulated were offered ants at choice. Insects began to experiment with objects at once and quickly chose suitable. The type of Aphaenogaster subterranea was preferred by small lumps of the soil for transfer of the honey divorced water and sponges for clear honey. The majority of ants even tore sponges on a part that it was more convenient to transfer them. The type of Aphaenogaster senilis was used at first by all tools equally, but quickly concentrated on paper and a sponge which absorbed the offered delicacies, that is ants chose the optimum strategy of behavior during work at once, having taken into consideration absorbency and convenience of carrying of a subject.

Perhaps, ants of the sort Aphaenogaster developed such abilities because at them the small and not extending stomach. As these insects live in quite severe atmosphere, process of natural selection could encourage the similar strategy of behavior. It is quite possible if to judge by the speed and activity that ants even liked new materials which they just do not see in a habitat.