Archaea Asgard revealed unknown details of the origin of eukaryotes 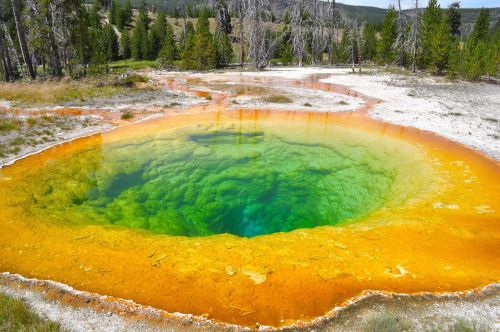 Swedish biologists have described a unique group of microbes, the archaea. Scientists have studied their genome, revealing previously unknown details of the origin of animals, fungi and plants i.e. eukaryotes.

All life on our planet is one of the three domains: bacteria, archaea and eukaryotes. Living cells first two domains are small and relatively simple, they contain no nucleus or some other complex membrane organelles. These structures appear only in eukaryotic cells – plants and fungi, protists and animals – the first of which, according to modern ideas, emerged from shared with archaea ancestor about 1.5–2 billion years ago.

It is assumed that it happened through a series of acquisitions by one cell to the other, after which the victim was not overcooked, and managed to occupy the position of the intracellular symbionts and over billions of years evolved into organelles such as the mitochondria. Even many important details of this process remain unclear. Some of them are new reveals the work of scientists from the Swedish Uppsala University, the results of which publishes the journal Nature.

This Ettema (Thijs Ettema) and his colleagues studied an unusual group of archaea, called Asgard in honour of the monastery of the Northern gods. According to scientists, these microbes are descendants of that ancient master archaea that consume other cells, gradually evolved into eukaryotes.

For the first time a representative of Asgard was identified by Ettema and his co-authors in 2015, His DNA was found in samples collected on the ocean floor at a depth of 2300 m near a hydrothermal vent, “Loki’s Castle” in the North Atlantic, from where originates the relationship of these microbes with the Northern gods. Although their cells at the disposal of scientists was not, the gene immediately pointed to the kinship of Loki archaea and eukaryotes. They only have revealed genes required for the maintenance and changes of cell shape and formation of the cytoskeleton, genes that are absent in bacteria.

Last year the American researchers have found another member of this group, Thorarchaeota (or just Thor after the Thunderer, Thor). But in the new work ATEM and his colleagues from Sweden and Texas were described by two representatives of the “Asgard”, which received temporary names Odin and Heimdall. Unlike Lokiarchaeota, they live under a much broader range of conditions and are found in sedimentary rocks around the world – in the hydrothermal springs near Japan, in the American geysers of the Yellowstone and New Zealand. 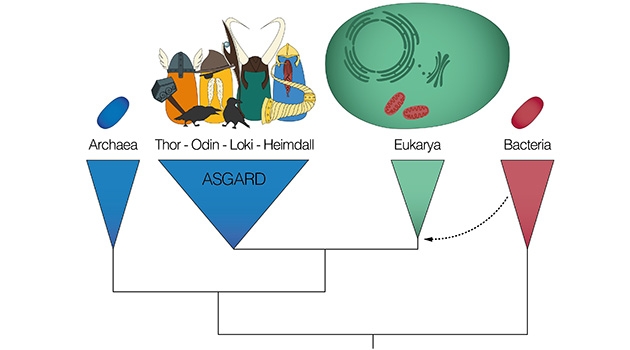 Having at their disposal data on the genome of four archaea, scientists have managed to allocate them to the group Asgard and to compare their DNA. This work confirmed their relationship with the ancestors of eukaryotes, but has also brought an unexpected surprise. In fact, these archaea already have the genes necessary for the synthesis of the cytoskeleton and control cell membranes, but they “spread” for various representatives of the Asgard, so that in any cell there is a complete set.

This fact scientists have yet to explain. And they plan to continue working, not only leading the search for a new “Northern gods”-the archaea, but also trying to cultivate them in the laboratory. Yet the daunting prerequisites of their cells for growth, do not allow them to research the cell – in fact, no one has ever seen them “live” under the microscope. Perhaps the new laboratory methods will allow us to achieve this.