Archaeological evidence for the legend of the emergence of silk found 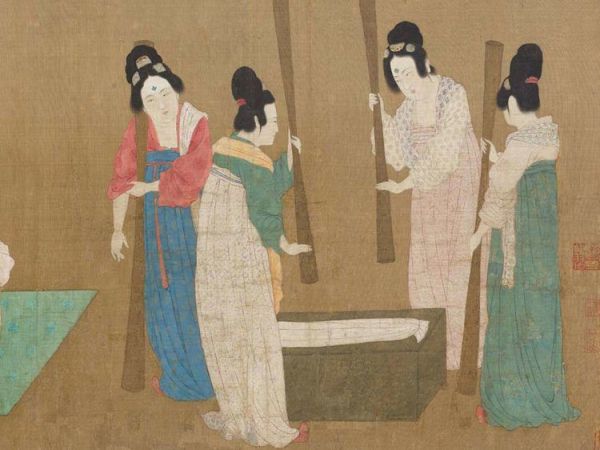 Chinese archaeologists have discovered a 6,000-year-old silkworm sculpture, which is the oldest of its kind and confirms the ancient legend of the origin of silk.

The Xinhua news agency reported about the opening. It was made by archaeologists in the Shanxi province in northern China. The find was officially reported by local authorities.

It is described as a light brown granite sculpture with lines carved into it. The figurine was discovered during archaeological excavations in Xiaxian County. According to the local bureau of culture and tourism, it is the oldest silkworm sculpture ever found in China.

“The results of our research prove that silk production existed in Xiaxian County 6,000 years ago,” says Duan Tianjing, a professor at Jilin University. “The exquisite patterns on the sculpture reflect the importance that the ancestors attributed to silkworms.”

The debate about when exactly silk production appeared in China has not subsided for many years. Recently, all new archaeological finds shift this event into the depths of the centuries.

The new find is interesting, first of all, by the place where it was made. Xiaxian Province claims to be the region whose inhabitants were the first to breed silkworms and use them for silk production. In short, this is one of the important birthplaces of ancient Chinese culture.

There is a legend according to which Xiaxian was the place where the legendary Leizu, the wife of the Yellow Emperor, taught the people to breed silkworms. Therefore, experts believe that the discovered sculpture proves the veracity of the ancient story. She not only confirms the legend, but also sheds new light on the study of the origin and distribution of silk.