Archaeologists began to search for new mummies on the Yamal Peninsula 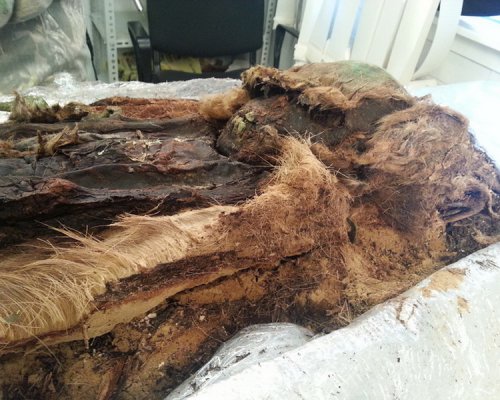 The experts of the Scientific center of Arctic research began archaeological excavations on the territory of “Zelenyi Yar”, which is located in the Yamalo-Nenets Autonomous district. In 2000 and 2015, there was found the mummy of people of the XVIII century.

As the representatives of the Science centre, the archaeologists began their work on June 14, on site they will conduct their work until July 13. The main task of scientists is the search for new graves.

Last year experts found a cocoon of bark with a length of 1.3 m, which was found a mummy of a boy of 6-7 years. At this time, scientists conducting analysis of the mummified bodies for the presence of DNA of causative agents of parasitic diseases to determine causes of death of the child. Also conducted studies on the DNA of the mummy to determine ethnicity.