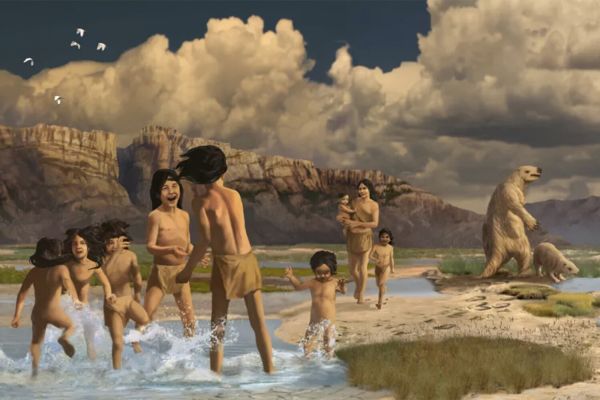 According to him, scientists were able to find more than 30 human footprints that cross the path of giant sloths Nothrotheriops. They were left between 23 thousand and 11 thousand years ago.

The prints weren’t accurate enough, but scientists were able to compare the surviving footprints with modern data on the height of people at the time to determine the age of the person who left the prints. So, the traces belong to children aged 5 to 8 years.

According to Bennett, each of the footprints of the giant ground sloth is almost 40 cm long and up to 3 cm deep. Over time, the sloth trail turned into a puddle, and was soon trampled by the children of the ice age.