Archaeologists discover fragments of frescoes from a 2,000-year-old Roman temple 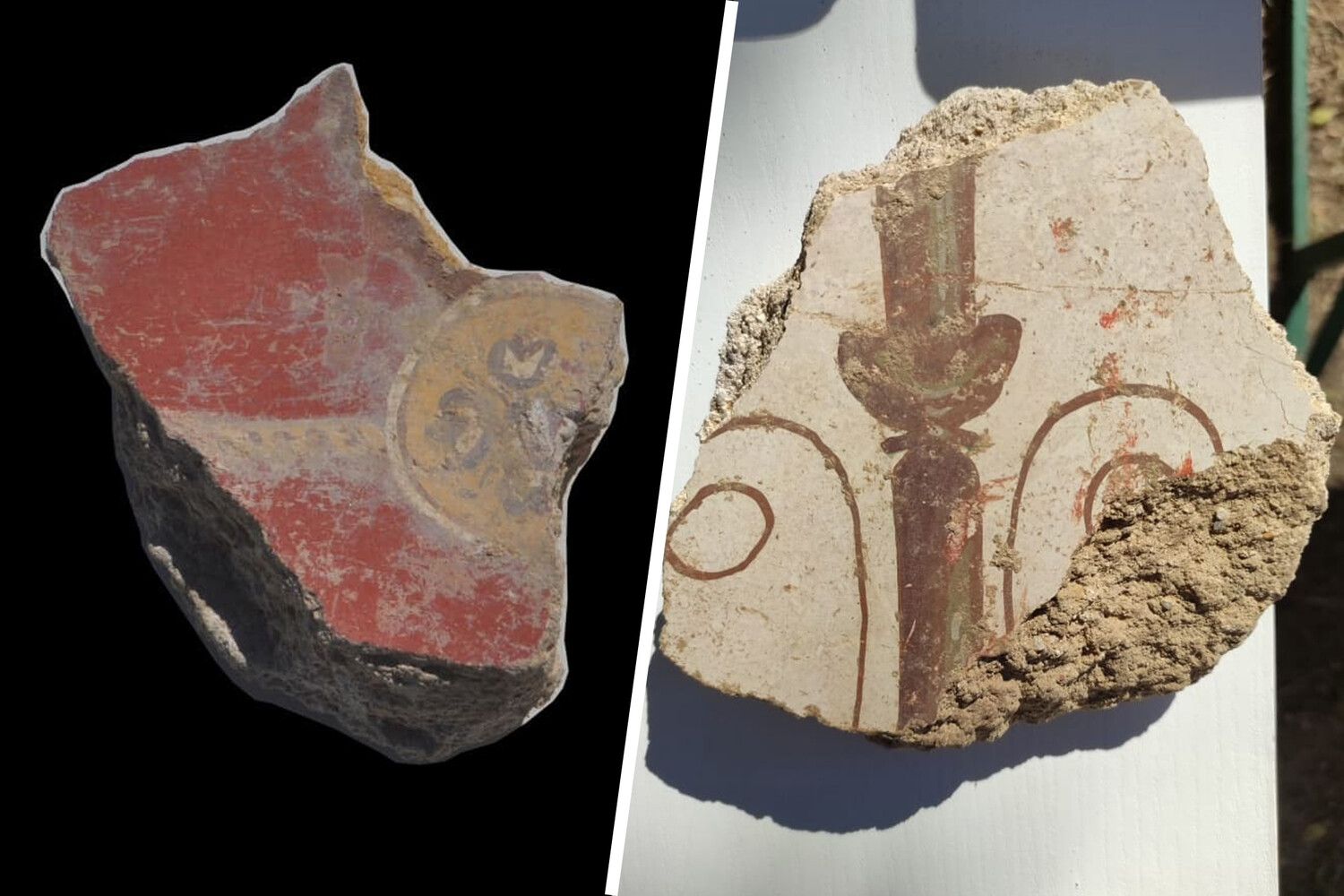 Well-preserved fragments of ancient Roman frescoes have been discovered in Italy. It is reported by CNN.

The find was made during excavations of the temple of Cupra in the commune of Cupra Marittim. “For the first time, the ruins of a temple painted with such a wide palette of colors, in incredibly good condition and with such rich, elaborate decorations, have been discovered,” said Marco Giglio from the Neapolitan University of the East. Since not only the frescoes, but also part of the walls survived, scientists hope that this discovery will shed new light on the engineering methods used by the Romans. Studying the repetitive decorative elements of the walls can also help researchers better understand the city’s economy.

“The chronology of different styles and decorative elements can tell us a lot about the craft workshops active at that time,” says the scientist. The patterns and themes of the drawings could make it clear whether this was the work of one atelier or several.” Parts of the frescoes are painted in blue, yellow, black, red and green colors, and fragments of images of candelabra, flower garlands and small palm trees have also been preserved on them. According to archaeologists, these murals were created in the third Pompeian (or “ornamental”) style, which was often used to decorate wealthy houses in Pompeii and Rome, and not for religious buildings, and therefore researchers are not completely sure of the purpose of the building.

It is assumed that the lower part of the walls of the temple was painted yellow, and red, black and yellow squares on the walls separated the images of candelabra and garlands. The sky-blue color was also found on the frescoes, it is believed that the ceiling of the sanctuary was painted with it. Archaeologists note that this color is rarely found on ceilings, and this may be a designation of the heavenly vault, which indicates the ritual purpose of the building.

At the same time, a significant part of the drawings suffered when Emperor Hadrian ordered a major overhaul of the temple. In order to strengthen the structures, some of the frescoes were chipped off and replaced with marble, and fragments of these frescoes became a filler for the floor material. But during the repair, several columns and arches and a lion’s head on the roof were added to the building.