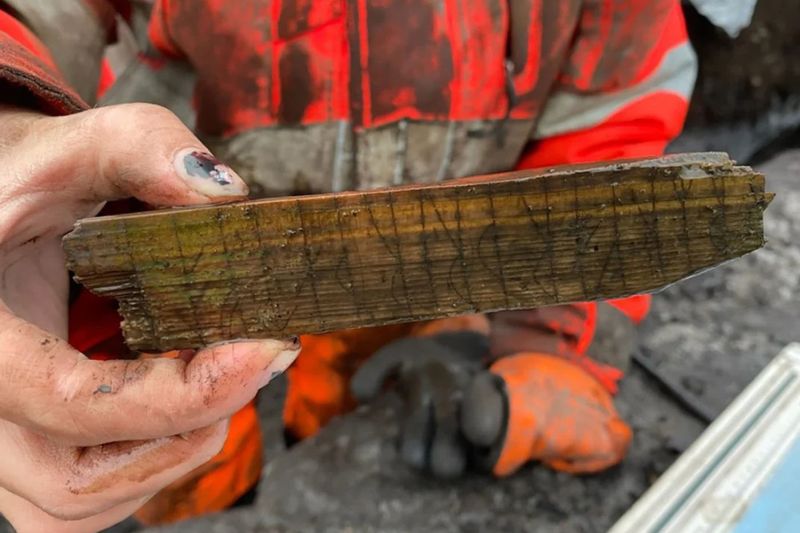 In Norway, they found medieval objects with runic inscriptions. This was reported in a press release from the Norwegian Institute for Cultural Heritage Research.

Solveig Thorkildsen and her colleagues discovered two objects during excavations in Oslo: a bone with an Old Norse inscription and a runic stick with Latin and Scandinavian text. The runic bone was the first such find in Oslo in the last 30 years.

She was discovered at the end of the day when Thorkildsen saw a large piece of bone lying in the ground. When scientists turned it over, they found that 14 runes were inscribed on it. “My heart was pounding,” the archaeologist says. “Finding runes was number one on my wish list when I took on this dig.” A few days later, her colleague discovered a wand washed down into the trench, which also turned out to be inscribed with runes.

The finds will help researchers learn more about Oslo’s medieval inhabitants. Their exact dating has yet to be carried out in the laboratory, but based on the appearance of the runes, archaeologists believe that they were created between 1100 and 1350 AD.

Preliminary analysis shows that one of the inscriptions on a wooden stick reads as manus Domine, which is most likely part of a prayer, which in the canonical Russian translation sounds like “In Your hands, Lord Jesus Christ, my God, I commit my spirit.”